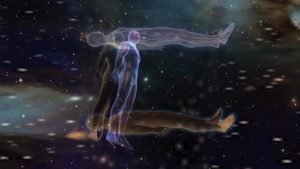 Robert Monroe (1915–1995), American writer, gained popularity after writing a book about an out-of-body experience in which he encountered reptiles.

In 1958, Robert Monroe, a 43-year-old radio engineer from the United States, experienced a series of unusual accidents. First, he felt a powerful vibration deep in his chest. At some point, this feeling became so strong that he had to lie down.

He felt himself floating outside his body. It is worth noting that up to this point he was a fairly rational thinker. He believed in science and was categorically against magic and “devilry”.

Monroe immediately panicked, believing himself dead, but the debilitating horror returned the writer to “physical form.” And that was just the beginning; the other occasions when he left his body and floated weightlessly around the room were identical.

Monroe visited various doctors and psychologists, trying to make sure of his health. But every medical worker came to the conclusion that he was all right.

Monroe decided to hone his newly discovered out-of-body abilities, elated at his positive diagnosis. He became so engrossed in the subject that he abandoned a secure business career and devoted his life to the study of consciousness.

Over the next three decades, Robert Monroe carefully analyzed out-of-body experiences. The main goal of his research was to collect scientific data proving the existence of an alternative reality.

In hopes of making interdimensional travel more accessible, he developed a technology called Hemi-Synchronization. This system, also known as Hemi-Sync, uses sound patterns containing binaural beats. (Three-dimensional sound waves). To harmonize the work of the left and right hemispheres of the brain.

Further, at his request, some independent clinical neurologists conducted extensive testing of volunteers using this experimental technique. To their surprise, the results were clearly visible on every EEG (electroencephalogram) they took.

Monroe’s work paved the way for tangible altered states. The Monroe Institute was founded in 1974 and continues to this day. Monroe has developed a range of audio stimulation techniques designed to improve focus, relieve stress, improve sleep, and more.

Portal to another world

The US government paid special attention to Monroe’s groundbreaking discoveries, and in 1978 he was visited by the CIA. High-ranking officials invited him to join a highly classified military project.

They sought to use his mind-expanding practice to improve the mind control of soldiers during wartime. This would give a significant advantage over opponents (USSR). Robert Monroe agreed to collaborate with them to increase his authority in the study of out-of-body experiences and other paranormal phenomena.

Since the participants in the experiments had to open “portals to other dimensions” during the sessions, the researchers have aptly named this work the “Gate Process” (“Opening the Gate”).

The declassified files indicate that the program was a “training system aimed at increasing the strength, concentration and coherence of the amplitude and frequency of brain waves between the left and right hemispheres.

To change consciousness, allowing it to go beyond the physical world. And eventually transcend even time and space.” Subsequently, the participant gained access to various levels of intuitive understanding of the universe.

Commander Wayne M. McDonnell’s latest research details the discoveries he made about the nature of our world. Researchers have shown that people live in a holographic reality. And that our life in the waking state is a projection of the electromagnetic matrix. 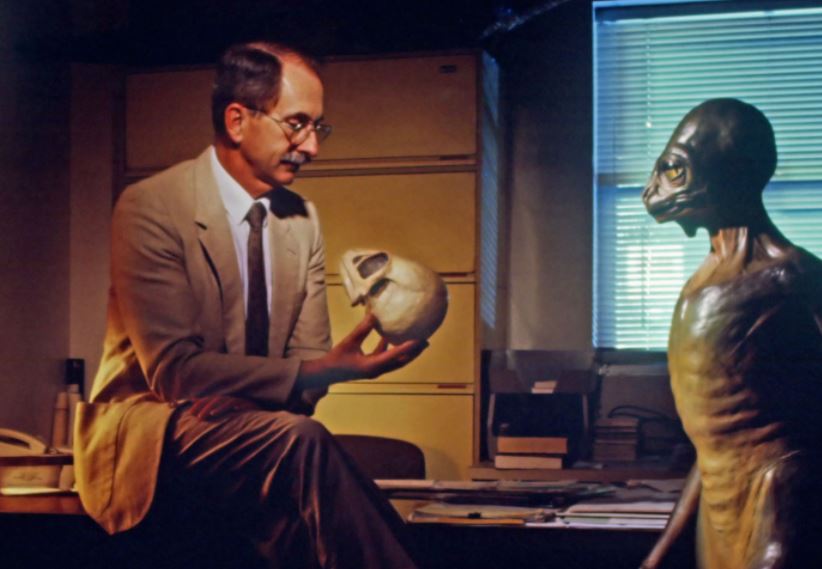 Robert Monroe’s encounters with the reptilians

To explore “unearthly regions”, the participants sat in an isolated dark room. They put on headphones and listened to different sound tones at certain frequencies. Participants did not attempt to contact or connect with each other.

After completing their “astral journey,” the volunteers told the staff about their experiences. According to Robert Monroe, the subjects often encountered creatures from other dimensions.

The most common humanoids were reptiles. Because of their toothy crocodile faces, the participants dubbed these supernatural creatures “alligators”.

It is strange that at that time Monroe was already familiar with reptiles. He had witnessed similar lizard-like creatures during his many out-of-body adventures. Monroe and his team have been collecting data on these incredible creatures for over 35 years and found the following:

– These vile lizards have controlled and enslaved humanity for millennia.

– They exist and operate in the 4th dimension and are only visible to those people who can see beyond our extremely limited spectrum of visible light.

– The Reptilians feed on our spiritual life force, which Monroe called “lush.”

– Negative/low vibrational energy is essential for their survival.

– These parasitic creatures see the Earth as a huge farm. Where they collect human fear, hatred, anxiety, anger and depression and feed on it.

– Their intelligence equals or exceeds that of a human.

– This elusive reptilian race sees itself as the true and supreme ruler of humanity.

Robert Monroe spent the rest of his days doing research on out-of-body experiences until his death in 1995. His convictions remained unchanged throughout the investigation.

He often warned others that the reptilians controlled and fed on humans. He was certain of the presence of malevolent energy predators among us.

Throughout the 1980s, breakthrough testing was carried out as part of the Open Gate Project. The result of which were hundreds of successful “flights to other worlds.”

Separate documents relating to this endeavor were made public in 2003. But it attracted surprisingly little public attention. According to some insiders, this experiment was classified and continues in one form or another to this day.

The House That Dripped Blood