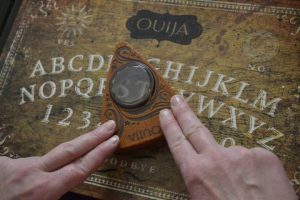 Billionaire Robert Bigelow has set up grants of up to $1 million to fund attempts to contact someone who has died.

Back in 2021, the Bigelow Aerospace founder and entrepreneur launched a campaign to encourage scientists, philosophers and other thinkers to write essays that make the case for life after death.

Through the Bigelow Institute for Consciousness Research, he offered prizes totaling US$1 million for the best and most compelling work.

As a result, 29 essays were selected.

“The winners were chosen based on the power of the arguments presented and on how persuasively the essays made the case for survival of human consciousness beyond a reasonable doubt,” the institute said in a statement at the time.

But Bigelow doesn’t seem to be done with his mission to prove the existence of an afterlife, as in the continuation of an essay contest, he invites researchers to conduct real experiments that will lead to real communication with someone on the “other side”.

One million US dollars is up for grabs, divided into several small grants that will be awarded to research teams based on the value of their proposals describing how they intend to achieve this.

According to the site, “the research is to be exclusive to the survival of human consciousness beyond permanent bodily death” as well as “exclusively focused on contact or communication with the ‘other side’.”

How exactly the researchers are going to pull off such a feat remains unclear, but it will certainly be interesting to see what the winning teams plan to do.

“We’re trying to do something we think and hope is good for everybody’s work,” he told journalist George Knapp. “So many people have spent their lives in this field and haven’t received much recognition…it’s not a field that attracts masses of people as researchers. So we’re trying to stir the pot and create some excitement.”

One can certainly see Bigelow’s critics and skeptics latching on to such comments to paint him as being irrational and unscientific – but it does also suggest that his own experiences in the paranormal over the last couple of decades have resulted in a number of strange experiences that have had a significant effect on him.

In any case, it will be interesting to see the researchers who submit proposals for this second phase – hopefully we will see some well-constructed experiments that can stand up to scrutiny if they produce positive evidence.

Woman reports the wall in her bathroom is bleeding

A huge crab monster washed up on the shore