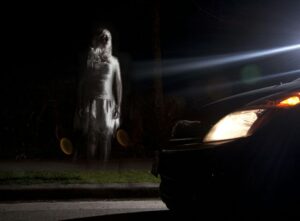 All across America, and in many other parts of the world, there are haunted highways and back roads and many people report encounters with the spirits and ghosts who roam these often lonely roads, reports thehauntedpulse.com.

Seemingly seeking a way home, or trying to hitch a ride to the destination they were heading for when death severed them from their mortal bodies.

Still, other people report seeing phantom cars that disappear as they reach a certain curve or area of a road, or even ghostly wagons being pulled by wispy horses and driven by spirits dressed in period clothing. 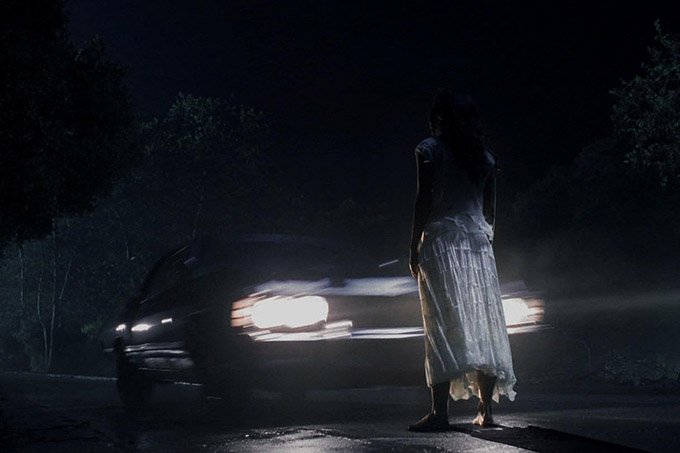 Many folks have reported picking up a hitchhiker only to have the shock of witnessing the seemingly solid, living person transfigure into the image of a rotting corpse before completely fading away.

For many years, people who have lived in the area, and even tourists who know nothing of the area’s history, have been reporting encounters with a ghostly young girl associated with this road.

One of the many similar reports tells of two young men were on their way to a local weekend dance that was always held in town on the weekends back during the 1950s. One Friday evening while they were on their way to the dance they saw an attractive young woman walking along Meshack Road.

They offered her a ride into town and she accepted. She looked liked she was dressed for a night out on the town, although the dress looked somewhat old-fashioned, and they decided to invite her to go along to the dance with them.

Reportedly, she danced with both of the young men that evening, and there were witnesses who remembered seeing the woman, noting that she was a stranger to the area.

As the dance ended, the young woman agreed to let the boys drive her home, but only if they would let her out at a certain area. It was pouring the rain when they left the dance hall and one of the boys offered her his coat. He told her that he would pick it up later.

The two young men dropped the strange girl off at a small, somewhat run down house along Meshack Road and a few days later, the young man went back to pick up his coat. He walked up on the porch and asked the middle-aged woman for the girl he had dropped off a few nights earlier. 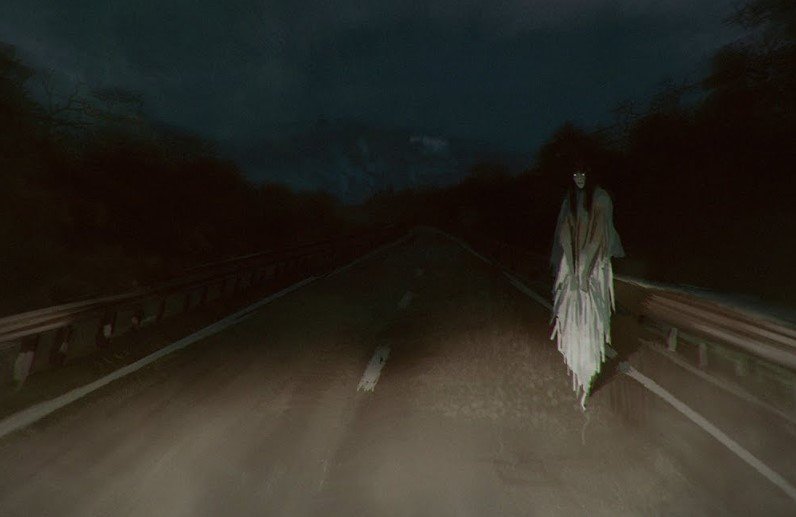 The woman told him that while she had once had a daughter, she had died in an accident on the road a few years earlier. She told the confused young man where her daughter’s body was buried and he went to the churchyard. There he found his coat draped over the gravestone.

There is another strange phantom that is also reported to haunt Meshack road. For many years, people who have traveled along this road have reported that they have felt an unseen presence holding tightly to the waist of a person riding a horse or riding a motorcycle.

This unseen entity holds onto the rider’s waist for about a mile and then disappears. No one seems to know who or what could be behind this strange occurrence.

There are many other such tales all across America, and such places always seem to have been the site for traumatic and/or violent, unexpected deaths.

Perhaps, one day, these poor lost souls may find their way to their destinations, or perhaps, they will forever walk the lonely roads and byways where they met their end, forever reliving their last moments. Perhaps, one day you will meet one of the roadside ghosts of America.