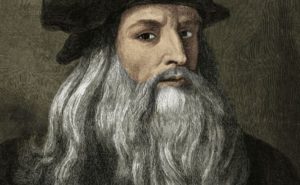 One of the most mysterious geniuses of civilization, Leonardo da Vinci was born in a small town of Vinci in the mountains of Toscana April 15, 1452. Mankind still admires the great variety of artistic forms, scientific researches and inventions that Leonardo did in different spheres of art and science.

The Florentine artist exerted great influence not only upon the Italian quattrocento but also upon the development of the entire civilization. Indeed, there are just a few people in the world culture who were as talented as Leonardo. People of the next generations called Leonardo the Italian Faust because of his unique talent.

The Florentine Master proved himself a real genius in various spheres. Leonardo was a wonderful artist and sculptor, military engineer and designer, a mechanical engineer, biologist, botanist, geologist and chemist, mathematician, astronomer, cartographer, physiologist and anatomist, optician, musician and singer.

He created textile machines and looms, designed systems of bog reclamation, dyke locks and irrigation systems; he designed new weapons, created the prototypes of an aqualung and parachute, tank and battleship; he also worked on a submarine, helicopter and glider.

Many of contemporary scientists are sure that it was Leonardo da Vinci who created helicopter and the first variant of the modern propeller. Leonardo’s applied mechanics made researchers admire it even in the 20th century.

In addition to the creation of chain-drive, ball-bearing, flywheel, spring chariot (the prototype of a contemporary car), power saw, Leonardo was the pioneer of using the strength of steam in engineering. He designed a steam rifle and also highly likely worked on a steam-engine. 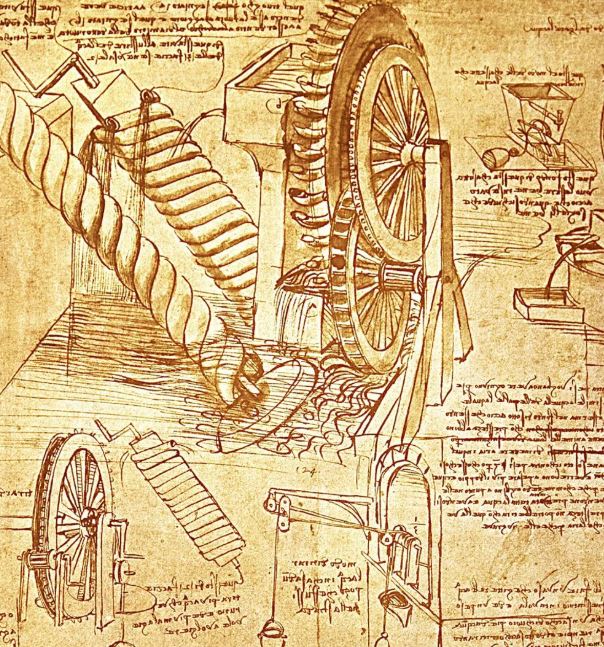 Leonardo anticipated some of the mechanics’ laws later discovered by Newton. For instance, the inertia principle was known as Leonardo’s principle for a rather long period. In optics studies, Leonardo was also far ahead of his contemporaries.

The scholar knew that visual objects were projected inverted in the cornea and even checked it experimentally with the help of a camera-obscura that Leonardo invented himself. Leonardo da Vinci drew a photometer model that was as good as the variant offered by American researcher Rumford 300 years later.

Leonardo also opened the phenomenon of the moon shadow and lunar penumbra; he designed eyeglasses that used himself when aged and made lenses for astronomy observations. Robert Wallace wrote in his book about Leonardo: “Leonardo is undoubtedly the titan of science. One feels amazed when knows how many inventions he did and how immense his knowledge was.”

It is true that Leonardo’s contemporaries were also struck by his knowledge and art works but unfortunately they recognized his geniality only in painting and military engineering. Majority of Leonardo’s inventions and ideas were not understood by people living in that epoch. It was only in the 20th century that scientific researches of the Florentine artist were highly appreciated.

Leonardo’s talent attracted not only admirers but also made lots of people envious of the talent. Like any other genius in science, Leonardo da Vinci was surrounded by ignorant and superstitious average citizens of medieval Europe who also revealed religious fanaticism.

Common people believed that Leonardo had given away his soul to the devil as they could not admit that a normal man could be at the same time handsome and smart, strong and independent, know a lot and be able to do everything.

However, there were some learned people among those who envied Leonardo’s talent, and those men also talked scandal about the scholar. Leonardo was an astonishingly kind, harmonious and generous man who gave little cause for slander. 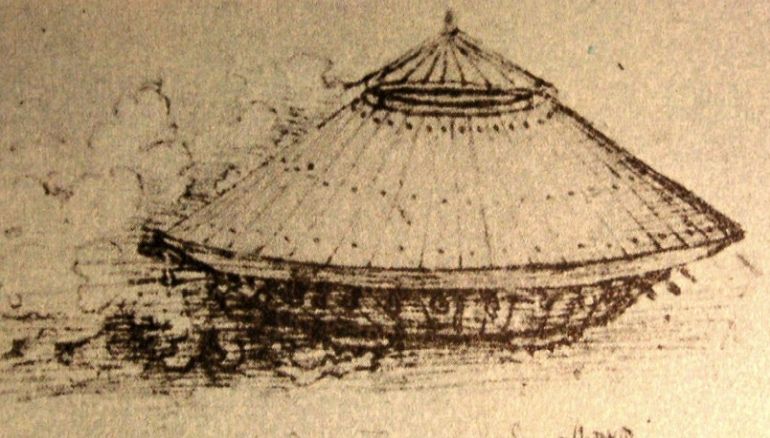 One malignant gossip about Leonardo that originated in that epoch is still living today in works about the scholar. Some anonymous person alleged that Leonardo da Vinci was gay.

The man insisted that four young man, and Leonardo among them, made love to a 17-year-old male model working in an artistic studio. As could be expected, the accuser did not show up, and the investigation was in a deadlock. But envious people decided the delation was a good reason for evil gossips about Leonardo.

Why could the gossip be that enduring? Leonardo was very smart but still unmarried and it was known that he had no girl-friend. And the fact gave people opportunity to spread gossips that the artist was gay.

Leonardo would not part with the portrait of Mona Lisa whose romantic image he worshipped, and that was the only known revelation of his affection toward a female creature. Since that old time, homosexual individuals affirm that Leonardo was gay too which is certainly wrong. In his journal, Leonardo wrote: “Those who cannot restrain their lust are like beasts.”

It is known that Leonardo was ascetic in every aspect of his life, not only relationship with women.

Usually, the life of a genius is focused not upon primitive amusements but on strengthening self-discipline and will-power for making masterpieces and discoveries. Leonardo da Vinci was particularly brilliant because he revealed not only phenomenal intellectual capabilities but also unusual psycho-mental talent that made him a real clairvoyant.

There is no doubt that Leonardo da Vinci had unusual spiritual and mental abilities. And researchers who studied the life and works of the great artist are still puzzled how Leonardo could at all achieve such great experience in different sciences against the background of that epoch’s scientific level. 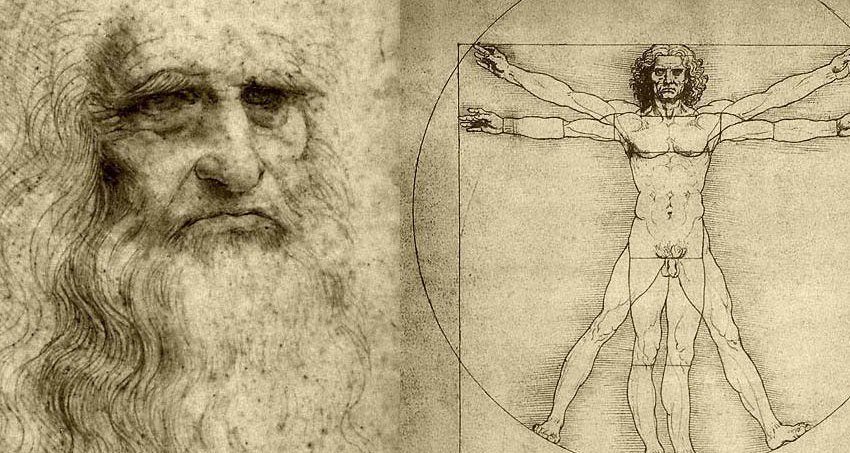 Leonardo wonderfully applied his unique talent in his artistic work. This is astonishing that the artist could catch some positions of bird wings while flying and then depicted them in his drawings. Experts say that only high-precision cameras can help people see such slight movements. In fact, it was quite natural of Leonardo to see these subtle wonders of the nature not seen to others.

There are many researches that suppose the Florentine genius could be a clairvoyant indeed. But there are several types of clairvoyance. Esoteric sciences consider that the ability to tell fortunes of individual people which many people may reveal is in fact just an element of remote-viewing.

The higher level of clairvoyance includes not only the ability to predict forthcoming events but also the talent to perceive the secrets of Nature and human history.

And just a few people revealed the talent, and Leonardo was undoubtedly among them. This is the only fact that explains the greatest advance into the future that Leonardo da Vinci made together with his discoveries and inventions.

Besides the inventions, Leonardo also made some prophecies as concerning further development of the global science that turned out to be as significant as those made by Nostradamus.

Some contemporary researchers studying Leonardo’s works insist that it was the Great Prophet and the Spiritual Teacher who came to the world under the name of Leonardo da Vinci.

Although some of the suppositions may seem really fantastic, it is for sure that Leonardo da Vinci was not a mere brilliant artist and scholar. He was one of the most mysterious personalities of his epoch and the entire history of the planet.