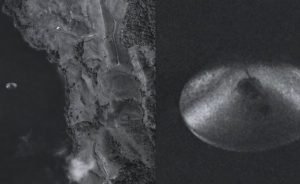 A clear, high-resolution photo taken from a light aircraft flying over the jungles of Costa Rica shows a metal disk.

The high-resolution photograph has been called “the most convincing UFO photograph ever”. The picture was published only 50 years after this event. 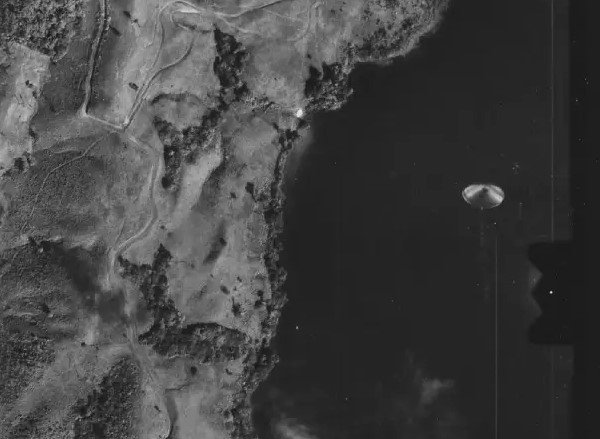 The main task was to survey the land before the construction of a hydroelectric power plant near the Arenal volcano in the northern highlands of the South American country.

As the plane flew over Lake Kot at an altitude of about 3 kilometers, Loaiza took several high-quality images of the lake and the surrounding rainforest at 20-second intervals.

In one frame, at the 8:25 am mark, you can see a shiny metal disc, which, according to ufologists, looks like a classic “flying saucer”. The unidentified object appeared to have flown between Loaiza’s Aero Commander F680 twin-engine aircraft and the ground.

The object is visible only in frame number 300 of the series of photographs, and it is not in the previous frame of the film, nor in the one that was taken immediately after. 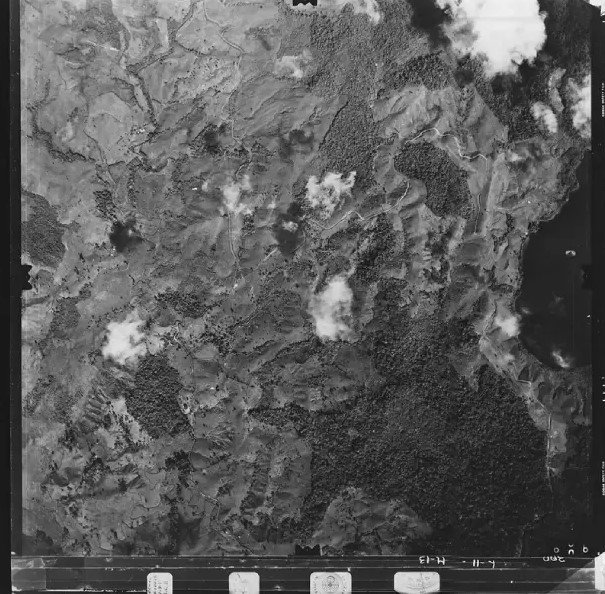 No one, neither the pilot nor his three crew members, noticed anything during the flight.

In 1989, Valli and Haynes wrote “A Photo analysis of an Air Disk over Costa Rica” for the Journal of Scientific Exploration:

“The photo is authentic and the object is not the result of some mistake. Our research allowed us to obtain the results according to which in the photo we can observe an opaque anomalous air object that was photographed at a distance of not more than 3 km from the camera lens.

“There are no visible means of lifting or propelling, and no markings on the surface other than dark areas that appear to be non-random.”

The 19-page report concluded: The laboratory in Costa Rica, which was the first to process the photo, estimates that the disk is almost 67 meters in diameter.

Despite careful analysis by UFO skeptics, Loaiza’s photo has never been explained. Whether this is an alien spacecraft or a trick of the light remains open to debate.

“This is one of the strongest scientific evidences that UFOs are real,” says Oscar Sierra, a UFO researcher from Costa Rica.

UAP Media said in a statement that researchers Richard Haynes and Jacques Vallee, who released the original photo, were asked by Loaiza’s (National Geographical Institute of Costa Rica) employers not to talk about the incident.