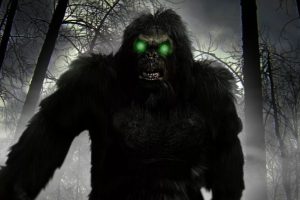 Bigfoot, Sasquatch, Yeti – this mysterious creature has many names. However, almost everyone agrees that it looks like a giant monkey that skillfully hides from people for thousands of years in the forests of North America.

There is no reliable physical evidence of its existence, but this does not prevent those who believe in it from continuing to track down the secret inhabitant of the planet.

About where the legend of Bigfoot came from in North America and how interest in this phenomenon remains today, writes the Live Science portal. 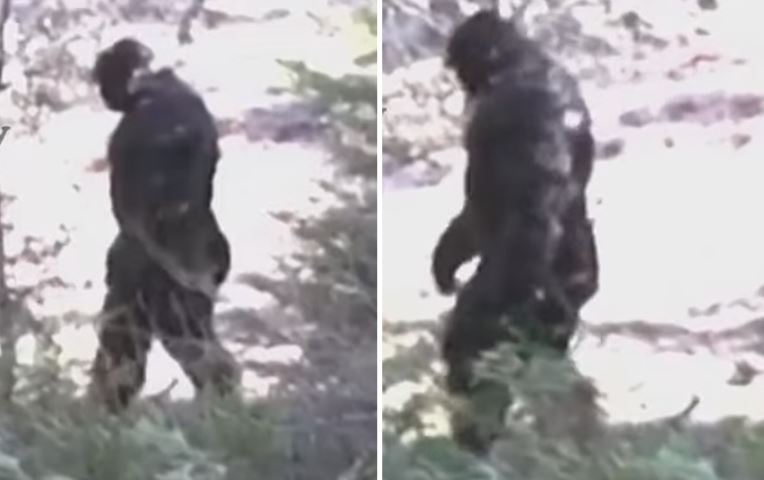 Much of the evidence for Bigfoot sightings comes from the northwestern United States. Perhaps this is due to the fact that one of the nicknames of the mysterious creature once went from here to the people.

According to the Oregon Encyclopedia, the word Sasquatch comes from Sasq’ets, a word from the language of a people who lived in southwestern British Columbia. Sasquatch can literally be translated as “wild man” or “hairy man”.

In 1884, a British colonial newspaper in Canadian Victoria reported that a “gorilla-type” creature had been caught in the vicinity. Later, such notes appeared more than once, however, they were all considered fakes. The author of the book about the Yeti, John Green, even compiled a list of such publications, of which 1340 pieces were accumulated during the 19th and early 20th centuries.

The story took another turn in 1958, when the Humboldt Times in Northern California ran an article describing the giant footprints seen by eyewitnesses near Bluff Creek. Periodically, various publications returned to this case over the next few years.

However, the Smithsonian Magazine undertook its own investigation, during which it found out that the footprints near Bluff Creek were a joke. The children of the author of this joke only after his death admitted this to reporters. 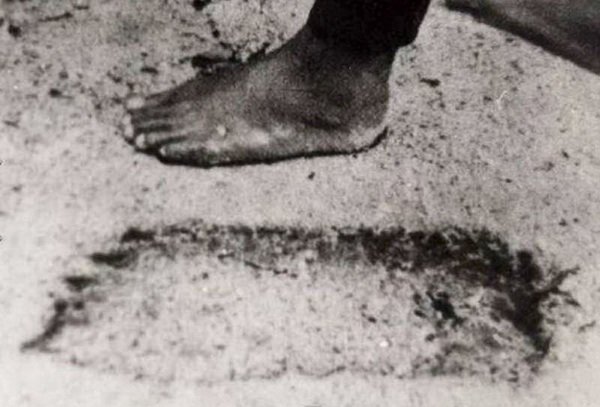 However, by that time, the yeti had already firmly entered the lives of some residents of North America. Since the publication of 1958, numerous photos, videos, claims of footprints and other “evidence” of the existence of Bigfoot began to appear, which, however, did not prove the reality of his existence.

As of 2019, over the past 50 years, more than 10,000 eyewitness sightings of the Yeti have been officially registered in the United States. The most famous footage of the yeti dates back to 1967, also known as the “Patterson-Gimlin movie”.

A short cutscene shows a tall, hairy, bipedal creature striding across a clearing at Bluff Creek. The authenticity of the video, as well as the version with its falsification, have not been proven.

Recently, photo and video shooting have become available to almost every resident of the United States. However, clear photographs of the yeti continue to be as rare as they were 50 years ago. The researchers see the only explanation for this is that the yeti does not exist after all.

As for the audio evidence provided by some witnesses, the strange sounds, according to Scientific American, most often turn out to be the noise of branches, and not the screeching, growling and screaming that they are trying to represent. Foxes, coyotes and wolves can also make similar sounds.

Anthropologist Grover Krantz, in his book “Big Footprints”, also considered other “evidence” for the existence of the Yeti: blood, fur, claws.

“The usual fate of these objects is such that they are not subjected to scientific study. Or the documentation for this study is lost or inaccessible. However, in most cases, when competent analyzes were carried out, the material turned out to be fictitious, ”he wrote.

When alleged yeti specimens are subjected to rigorous scientific analysis, they usually turn out to be from conventional sources.

In 2014, for example, a team of researchers led by the late geneticist Brian Sykes of the University of Oxford in England conducted a genetic analysis of 36 hair samples that were claimed to be Bigfoot or Yeti, a similar ape-like creature that allegedly exists in the Himalayas.

It turned out that almost all of the hair belonged to animals such as cows, raccoons, deer, or people. Two more samples were obtained from a bear, but they turned out to be very similar to the hair of a subspecies extinct in the Paleolithic era. However, it was bear fur.

Knowledge of genetics provides another reason to doubt the existence of Bigfoot. A single creature cannot reproduce and maintain a population, let alone a species. For Bigfoot to be viable, it needs to have a population or populations large enough to avoid inbreeding and low genetic diversity or face extinction.

The existence of multiple Yeti increases the likelihood that one of them will be killed by a hunter or hit by a motorist on the highway, or even found dead (by accident, illness, or old age) by a hiker or farmer at some point. But no such cases were recorded.

The scammers have further complicated the problem of separating Bigfoot fact from fiction. Dozens of people have confessed to forging paw prints, photographs, or other forms of evidence about the yeti.

There is still no scientific evidence for the existence of modern Bigfoot, but a giant bipedal ape once walked the Earth. Individuals of a species called Gigantopithecus blacki reached 3 meters in height and weighed up to 270 kg.

However, the Gigantopithecus lived in Southeast Asia, not North America, and became extinct hundreds of thousands of years ago. In addition, this species was more closely related to modern orangutans than to humans or our closest relatives, chimpanzees and bonobos.

Is Bigfoot an extraterrestrial visitor?

But there are other versions. Is it possible the creature known as Bigfoot, Sasquatch or by a number of different names all over the world is an inter-dimensional traveler? That’s a theory now in play with both Bigfoot and UFO researchers.

Multiple dimensions are all fine and good, but what does it have to do with Bigfoot? If Bigfoot can slip in and out of dimensions, many common features of Bigfoot sightings stop sounding strange and start sounding obvious.

As we know, the maddening thing about most Bigfoot and Sasquatch sightings is that the creature appears and disappears unlike any other animal. Tracks are found with nothing leading to or from them. Bigfoot steps behind a tree and then is gone.

For such a large creature to slip through our fingers for so long, we have to start asking why. Bigfoot sightings have been going on for millenia, and yet we can never get close enough to really study the creature. There has to be an explanation.

Bigfoot appearances are often connected to UFO’s. The prevalence of UFO sightings in the same times and places as Bigfoot sightings is certainly compelling. As the US Navy has confirmed the presence of UFO’s, it is also tempting to put them together, using the existence of one to justify the other.

If UFO’s have the technology to create portals through dimensions, Bigfoot might be using them, either piggybacking or in collaboration. This is only one possibility.

There is another route to Bigfoot tripping the light fantastic through dimensions. This explanation says more about Bigfoot as a creature, rather than as a friend to alien beings. What if Bigfoot simply is a multidimensional being in his own right? What if he has the power to walk through dimensions himself?

Theoretical physicists are more and more buying into the idea that dimensions exist far beyond a human’s ability to perceive them.

Humans developed their senses to survive. Humans only need to see food sources, predators, and each other. Same with hearing, touch, taste, smell, and our other senses. If there are dimensions that we don’t need to experience to survive, we likely won’t develop the capacity to.

And yet, computational neuroscientists are saying our brains — the very things incapable of perceiving other dimensions — might use these other dimensions to create consciousness. Even though we can’t experience them, our bodies use them.

So the idea of dimensions existing beyond human understanding isn’t all that controversial in itself. In fact, it seems highly unlikely that people would have the ability to perceive all of existence. Not only would it be a waste of brain power, it would also be a confusing mess to figure out what is a ripe fig and what is an otherworldly being’s tentacle.

The Sky Serpent Sightings: When Eyewitnesses Tell The Unbelievable