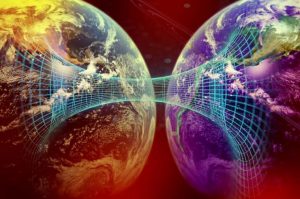 This may come up as a surprise, but a scientist has recently found evidence of a parallel universe that had once collided with our own.

After closely analyzing the map of cosmic microwave background, an anomalous region showed up on radar, and is presumed to be the imprint of a parallel universe which is co-existing with our own.

Until recent years, the scientific community believed the universe to be everything there is, from all that surrounds us to the vastness of space, time, matter and the laws of physics. However, a new word – multiverse, entered the scene.

The term involves an undefined number of universes that are constantly being born, each of them co-existing and possessing unique laws of physics. Although not every scientist agrees with it, there are prominent names who support this hypothesis, such as Stephen Hawking and Alan Guth of MIT. 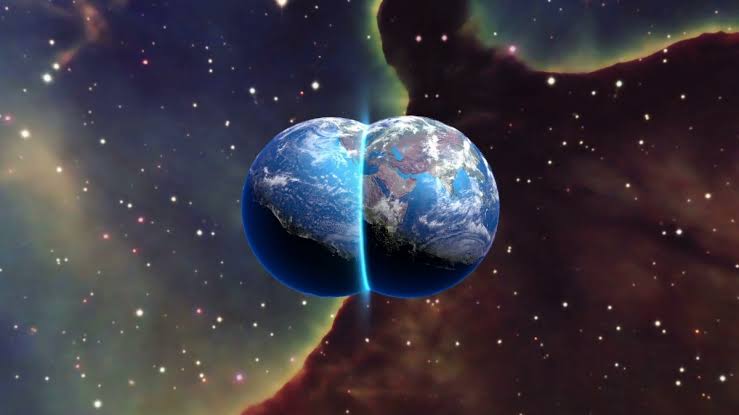 After studying the cosmic microwave background released by the European Space Agency (ESA,) Ranga-Ram Chary, a researcher at the U.S. Planck Data Center at CalTech, discovered an unusual glowing patch that he considers to be the leftover imprint of a parallel universe.

The cosmic microwave background represents stagnant radiation from the Big Bang. ESA’s Planck space observatory was specially designed to provide more insight about this radiation. Scientists at ESA then created a detailed map with the data gathered between 2009 and 2013.

Chary discovered a peculiar signal from one of the areas of the map that was about 4,500 times brighter than it should have been. After further analysis, he concluded that it may be an imprint from a parallel universe, which at some point in time bumped into our own.

“… it could also possibly be due to the collision of our universe with an alternate universe,” Chary said.

But since the scientific community is not entirely convinced of the “multiverse” theory, Chary also pointed out that the bizarre spot could be a result of noise, although he admitted there’s only a 30% chance for that. He stated the following in an email:

“One has to trust the data since Nature has a way of surprising us with the unexpected. But for something as unusual as alternate universes, one needs at least two independent lines of evidence. Right now, we have only one, and it is currently right at the limit of the current data from Planck.”

Below is the map released by ESA. It shows tiny temperature fluctuations that correspond to regions of slightly different densities in the early days of our universe: the seeds of future galaxies and stars. The encircled region is where the imprint of the other universe was discovered.

To better understand the idea of multiverse, let’s have a look an an excerpt from The New York Times.

“…according to the standard model, shortly after the universe exploded into existence about 14 billion years ago, it suddenly humped in size by an enormous factor. This ‘inflation’ can best be understood by imagining that the observable universe is, relatively speaking, a tiny blob of space buried deep within a vast labyrinth of interconnected cosmic regions.

Under this theory, if you took a God’s-eye view of the multiverse, you would see big bangs aplenty generating a tangled melee of universes enveloped in a supercluster of frenetically inflating space.Though individual universes may live and die, the multiverse is forever.”

According to previous studies, if two universes sprouted out close enough to each other that they touched before the expanding space separated them, an imprint from both sides would be left behind. This mark would then be visible on the cosmic microwave background similar to how a scar or bruise is left on our bodies.

Scientists haven’t found a way to make contact with the foreign universe yet, but Chary believes that its existence may have deep implications for our universe, meaning that it may shape the reality we find ourselves into.

The fine-tuning of initial conditions required to reproduce our present day Universe suggests that our universe may merely be a region within an eternally inflating super-region.Many other regions could exist beyond our observable Universe with each such region governed by a different set of physical parameters than the ones we have measured for our Universe.

Collision between these regions, if they occur, should leave signatures of antisotropy in the cosmic microwave background,” Chary concluded.

More studies need to be conducted until certain conclusions can be drawn, but the possibility of a parallel universe where humans have built a different reality from our own is truly remarkable.

Maybe one day we’ll be able to jump from one reality to another, and if that day arrives, I’ll make sure to exchange some relevant ideas with my mirror-self.