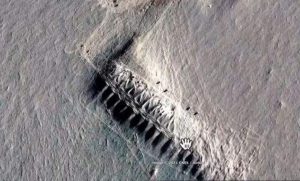 A curious UFO researcher has found what he believes is a secret base in Antarctica set up by ancient aliens on Google Earth. Of course, it is also possible that this is an artifact of an ancient human civilization.

The mysterious object, which can be seen in satellite photos as several large ridges in the snow, has apparently been around for decades.

The site appears to have been extensively excavated, and vehicles and several footprints in the snow leading to it are also visible. This points to the fact that the authorities have already been here. Then the question is, why has nothing been officially announced about this? 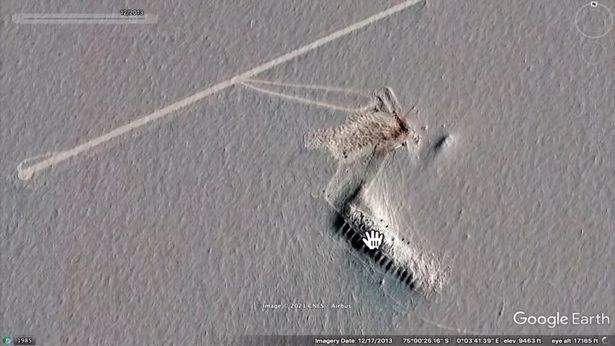 Some development occurred between the 1985 and 2013 images, when an aircraft runway was apparently added near the mounds.

Scott Waring, who uploaded footage of his surprise discovery to YouTube this week, said he believes the sighting is evidence of an ancient alien structure deep underground that has since been studied and hidden from the public.

Scott also shared a second discovery in Antarctica that he claims resembles the face of Jesus Christ and may have been placed there “intentionally”.

Speculating on both geographic phenomena, located near the shaded figure of a “standing man” on an Antarctic mountain that he shared with viewers last year, Scott said they are proof that an ancient alien civilization once existed at the south pole.