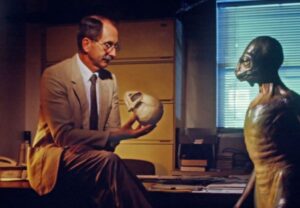 This is a highly controversial and thought-provoking subject.

We will therefore investigate the topic from a scientific and mythological point of view. The human reptilian connection is very old. Reptilian-like humanoids and “Lizard- people” are described in many ancient texts and religions.

“As long as humanity has kept records of its existence, legends of a serpent race have persisted. These myths tell of a mysterious race of superhuman reptilian beings who descended from the heavens to participate in creating humankind and to teach the sciences, impart forbidden knowledge, impose social order, breed with us, and watch over our development.

“The serpent like beings were not alone, but were part of a retinue of super beings thought to be gods by the ancients.

“Yet, in cultures as widespread and diverse as those of Sumeria, Babylonia, India, China, Japan, Mexico, and Central America, reptilian gods have been feared and worshipped.

“To this day the dragon or serpent signifies divine heritage and royalty in many Asian countries, while in the West, the serpent represents wisdom and knowledge.

“The symbol of two serpents coiled around a staff (originally signifying the tree of knowledge of ancient myth), known as the caduceus, is today used by the American Medical Association as its logo,” wrote Joe Lewels, Ph.D in his article “The Reptilians: Humanity’s Historical Link to the Serpent Race”.

The subject of reptilians has become popular since some decades when, David Icke, stated that some human beings on Earth are not normal like us and they are reptilians.

So is it possible that we evolved from reptilians?

There are certain physiological similarities between humans and reptilians. We have what is known as the “reptilian brain”.

It controls vital functions such as heart rate, breathing, body temperature and balance.

Our reptilian brain also includes the main structures found in a reptile’s brain, namely the brainstem and the cerebellum.

The reptilian brain is reliable but tends to be somewhat rigid and compulsive.

Our eyes are also constructed like the eyes of reptiles. In both humans and reptiles, the eye acts as a box with a lens to focus the light that passes through it. Cells within the eye process the light and turn it into useful information.

Scientists have for long been aware of that the lizard has a heart that is virtually indistinguishable from a human embryonic heart. While the structure of the human heart has been known for a long time, the evolutionary origin of our conduction system has nevertheless remained a mystery.

Now, a century-old mystery has thereby finally been unravelled about the evolution of the human heart. 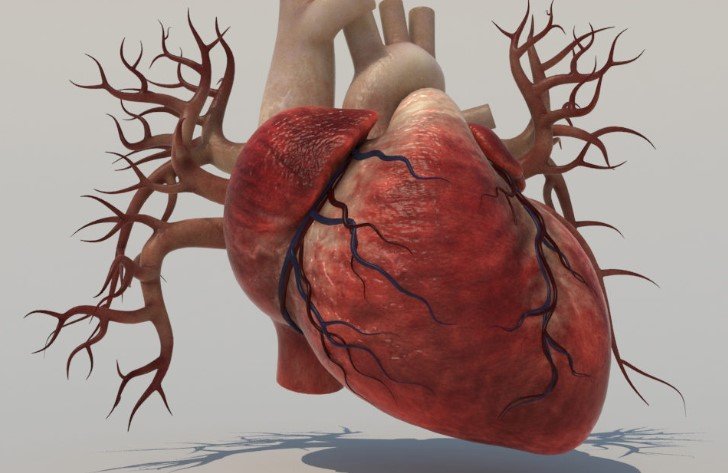 Researchers have finally succeeded in showing that the spongy tissue in reptile hearts is the forerunner of the complex hearts of both birds and mammals.

The new knowledge provides a deeper understanding of the complex conductive tissue of the human heart, which is of key importance in many heart conditions.

“The heart of a bird or a mammal – for example a human – pumps frequently and rapidly.

This is only possible because it has electrically conductive tissue that controls the heart.

Along with Danish colleagues and colleagues from the University of Amsterdam, he now reveals that the genetic building blocks for highly developed conductive tissue are actually hidden behind the thin wall in the spongy hearts of reptiles.

Since the early 1900s, scientists have been wondering how birds and mammals could have developed almost identical conduction systems independently of each other when their common ancestor was a cold-blooded reptile with a sponge-like inner heart that has virtually no conduction bundles.

“We studied the hearts of cold-blooded animals like lizards, frogs and zebrafish, and we investigated the gene that determines which parts of the heart are responsible for conducting the activating current,” Dr Jensen.

“By comparing adult hearts from reptiles with embryonic hearts from birds and mammals, we discovered a common molecular structure that’s hidden by the anatomical differences,” he added.

Considering the number of similarities we share, such as the reptilian heart, brain and eyes, it’s wise to say there are strong indications that ancient reptilian-like humanoids hold secrets of mankind’s origin.

UFO Expert: We Should Prepare For Imminent ET Contact

X-Files of Soviet Defense Ministry Exposed: Learned How to Summon a UFO