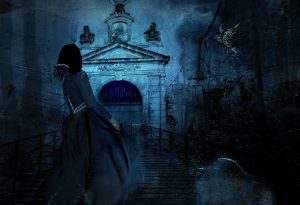 People have discovered that, sometimes, when they renovate or restore buildings, there’s new or additional ghostly activity. What could account for this?

America’s White House is known for its ghostly residents. Abraham Lincoln’s is the most frequent one. Lesser known is that the angry spectral former First Lady, Dolley Madison, who planted the first Rose Garden, has been encountered on the White House grounds.

When Mrs. Woodrow Wilson decided to eliminate the garden, Dolley appeared to the workmen removing it and reprimanded them. They fled, but the Rose Garden remains. In addition to apparitions, poltergeist activity can be experienced soon after work is started.

Flitwick Manor originally belonged to John Thomas and Mary Brooks who moved there in 1816. It was the family’s homestead until 1934, when the lineage died out. People have seen the specter of a female roaming through the building. Some theorize that it could be Mary’s, who didn’t leave because her daughter, Mary Ann, died from what many believe was cancer.

In 1995, an attic room was discovered when the hotel’s roof was renovat­ed. Three days later, guest John Hinds unexpectedly checked out. He sensed a presence in his room, then, something heavy landed on the foot of his bed. He turned on the light, but saw nothing.

Soon, he heard shuffling at the bottom of the bed and he saw the silhouette of a person sitting there. The next night, hotel receptionist Lydia Dawson was in bed when she saw a female apparition. She left the room without turning on the lights on; however they were on when she returned.

Hotel manager Sonia Banks was staying alone in the hotel in a second floor room and heard footsteps treading across the ceiling and a door slamm­ing towards the front of the building where the attic room was discovered.

The location of the house, built by a Yugoslavian immigrant in the 1920s, has not been released by the American Society for Psychical Research. After he began to make moonshine and drank heavily, he left his family, so his wife took over the business until, sometime during the Great Depression, she turned the building into a boarding house.

There were two subsequent owners who experienced nothing. In 1956, when the fourth owners, a family of nine, began to remodel the house, paranormal phenomena began. In 1978, they contacted the ASPR. The late highly respected Dr. Karlis Osis and Donna McCormick, who often worked with him, investigated and documented the case.

Sometimes, objects moved by themselves. Usually, they saw a male figure; occasionally, a female. The father heard a male voice telling him to get out. A psychic said the male haunter was the man who had built the house.

He was a bootlegger who loved the house and detested the remodeling, so he tried to scare the family out. She successfully released the entity. A follow up investigation revealed the phenomena stopped. 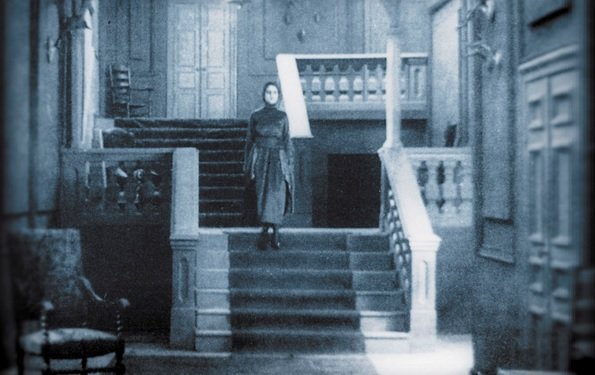 In June 2005, Rob Adam and his friend, Ed, bought The Swan, in Marbury, South Cheshire, which had been closed for over a year. The flooded cellar had half-full barrels of spoiled beer and nonworking appliances containing thawed food. After they began renovating the place, weird things started happening. Tools disappeared. Rob and Ed accused each other of being forgetful.

About three weeks later, the men went to bed after they hung and closed new curtains in the bar. Rob was the first one who went downstairs in the morning. He found all the curtains and a window were wide open. It was then that he realized that something unusual was happening. At first, Ed didn’t believe him, but they finally believed there was something otherworldly living in the pub.

Staff members, later, weren’t immune to the ghostly happenings. One of the most notable incidents was when the chef took a leg of lamb out of the oven and it disappeared from a carving board. He was irate, but the sous chef and teenaged dishwasher were frightened. It’s unknown if any former owners of the pub experienced poltergeist activity.

According to Peter A McCue PhD, clinical psychologist with an avid interest in the paranormal, Alan Murdie reported that members of Britain’s Society for Psychical Research who conducted a survey found that, during the first half of 2007, work on buildings occurred in 9% of the hauntings. What isn’t clear is whether or not these were initial or new forms of paranormal activity.

While I’ve read about cases of renovation and restoration hauntings, I’ve investigated only two that involved renovation hauntings, one in the Christmas City, Bethlehem, Pennsylvania. Both cases involved poltergeist activity and apparitions; one included a residual haunting.

Entity Agent Poltergeists, EAPs, and apparitions have intelligence. Residual hauntings are energy imprinted on time and space and lack intelligence.

According to survival theory, a part of the human or animal survives death of the physical body. There are cases where an apparition shows signs of pleasure at the way his or her former residence is being cared for, as well as the opposite.

EAPs are mischievous and play pranks out of fun or to annoy. In renovation hauntings, it seems that the entities are reacting to changes in their homes. Perhaps residual hauntings are a type of energy reacting with the ghost appearing. More research is needed in the field of these phenomena, as well as others.