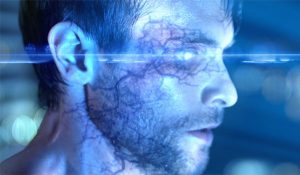 Remote Viewing is probably the most verifiable of all human paranormal abilities. It allows ‘viewers’ the power to see and experience situations and places separated from them by distance and time. Using naturally built-in psychic talents, known as psi, the viewer then records details of what he or she has seen.

Many enthusiasts say it is an acquirable craft rather than some divine gift and that, whereas many so-called psychic powers now have unfortunate connotations of con-men and tricksters, remote viewing, or RV, began as a scientific experiment and is used by police, military and large corporate organizations.

Many organizations nowadays provide remote viewing tutorials and promise that anyone can understand and control this ability with practise and a good teacher. As opposed to other psi powers such as clairvoyance, remote viewing is conducted under strict controls.

Viewers are not allowed to know anything of their target other than the detail that instigates the search. It might be a photograph or a coordinate on which the viewer then trains their thoughts following a scripted format. The viewer operates in a quiet room, often going into a trance-like state, and sometimes has a companion who helps direct them. Unlike an out-of-body phenomenon, the viewer always knows where they really are. They still feel and experience all aspects of their target.

The creator of remote viewing was an American artist and paranormal student called Ingo Swann. Swann had taken aspects of previous psychic experiments and formed a new technique, which was tested by scientists at the American Society for Psychological Research. During these tests, he was able to precisely describe in detail the weather in various US cities.

In 1972 Swann was introduced to Dr Hal Puthoff, a physicist at the Stanford Research Institute in California. The two conducted further experiments and were subsequently approached by the CIA. The department approached Puthoff with some tasks it wanted his team to look at, and were amazed with the results.

At the time, American intelligence experts were getting increasingly worried about reports coming from Russia that Soviet authorities were spending vast sums on paranormal activities. The CIA had become aware that Communist scientists were developing psychic warfare capabilities including ‘psychic spies’.

The potential of Swann’s work grew greatly, and rather than just using people who already had a demonstrable psychic ability, he employed normal, non-psychic civilians. In 1991 the entire US programme was renamed the ‘Star Gate’ project. With the end of the Cold War, viewers were used to collect intelligence against a broad range of targets, including drug dealers, tyrants and terrorists.

Swann had also developed an effective new technique called Co-ordinate or Controlled Remote Viewing, which actually directed viewers to their targets. In 1995 the US Congress decided that the remote viewing programme be given back to the CIA, who then commissioned an unfavourable report. The team was disbanded and many of the military viewers have gone on to offer their services privately with a few even receiving contracts from the US intelligence agencies to work in a freelance capacity.

Other nations have not been so quick to end their official psychic warfare divisions. The intelligence agencies of Russia, France and especially China continue to fund and study in-depth experiments. Many intelligence experts believe China has a select group of military ‘Superpsychics’. Their programme is said to be highly advanced, even to the point of recruiting and training particularly talented psychic children.

More peaceful uses of remote viewing have been adopted by large corporations, and controlled, scientific research in civilian universities has come to some astonishing findings – particularly talented viewers are said to achieve results with odds of over 100 billion to one.

As the subject has become more commonly available in the public domain, former members of the US military involved in the project have spoken out; even former president Jimmy Carter has recounted tales of remote viewing.

He reports having once met a female viewer who was looking for a lost aircraft: ‘She went into a trance. And while she was in the trance, she gave us some latitude and longitude figures. We focused our satellite cameras on that point, and the lost plane was there.’ With testimonies like this there can be little doubt that remote viewing is a real phenomenon.

Some Pre- and Post-OBE Phenomena