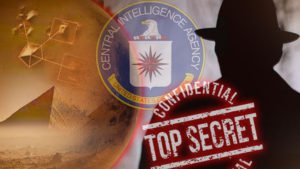 Much has been written about US intelligence services conducting experiments into ‘remote viewing’ (the respectable modern term for second-sight or clairvoyance) but concrete facts have been thin on the ground.

Now, a detailed account of one such experiment, conducted by Drs. Hal Puthoff and Russell Targ at Stanford Research Institute in 1974, has been recently declassified and released in sanitised form on the National Security Agency website.

The report makes interesting reading for several reasons; first because it is so detailed and second because its CIA author judged the experiment to be unsuccessful from a military standpoint. Yet in reality, the experiment was, if anything, too successful for comfort and provoked a panic reaction from the military authorities.

In the experiment, the subject (known only as SG1J but actually Pat Price, a retired police commissioner) was informed of the existence of a top secret Soviet military base at a place called Semipalatinsk “25 to 30 miles south west of the Irtysh River” in Siberia.

It is inconceivable that the subject could have had any knowledge of such a secret installation by normal means and he was given only its map coordinates. Not only was it one of the Soviet Union’s most secret nuclear weapons centres, but it was also physically very remote, and some 10,000 miles away from the site of the experiments.

Over three days, Price was asked to describe features of the Russian base by paranormal means in a number of remote viewing sessions. In several important respects, the experiment was considered a failure by the military officer tasked with analysing the results.

Price failed to draw the perimeter of the site even though he was asked twice. When pressed for details he made remarks like, ‘I’ll come back to that’, but seldom did. And when pressed further for concrete specific facts, he did what many ‘psychics’ do — he produced a stream of specific facts that proved to be incorrect.

He thought, for example, that the site was connected with the Soviet space programme and ‘saw’ cosmonauts in space suits when it is in fact a purely military weapons installation.

However, Price made one statement that proved to be astonishingly accurate. He said that he could see a mobile gantry crane built on a huge scale — its wheels taller than a man.

The crane he said was 150 feet tall and its railed tracks 50 feet apart. He also said this crane ran on tracks over an underground building and made a number of detailed sketches, almost of engineering drawing quality.

In his analysis, the anonymous evaluating officer wrote, ‘[Price] supplied the most positive evidence yet for remote viewing with his sketch of the rail-mounted gantry crane. It seems inconceivable to imagine how he could draw such a likeness to the actual crane at [Semipalatinsk] unless:

1) He actually saw it through remote viewing, or 2) he was informed of what to draw by someone knowledgeable of [the site].’

The analyst continued, ‘I only mention this second possibility because the experiment was not controlled to discount the possibility that [Price] could talk to other people – such as the disinformation Section of the KGB. That may sound ridiculous to the reader, but I have to consider all possibilities in the spectrum from his being capable to view remotely to his being supplied data for disinformation purposes by the KGB.’

In his final, overall report on the experiments, the officer had, for reasons not fully explained, become much more skeptical. He says, quite baldly, ‘The remote viewing experiment of [Semipalatinsk] by [Price] proved to be unsuccessful.’

In reality, the experiment was too successful, as one of the experimenters, Dr. Russell Targ, has subsequently revealed on his website.

Says Targ, ‘This trial was such a stunning success that we were forced to undergo a formal Congressional investigation to determine if there had been a breach in National Security. Of course, none was ever found, and we were supported by the government for another fifteen years. As I sat with Price in these experiments at SRI, he made the sketch shown, to illustrate his mental impressions of a giant gantry crane that he psychically “saw” rolling back and forth over a building at the target site!’

The Price experiment is not conclusive evidence of remote viewing. But it does represent a remarkable controlled experiment that deserves to be taken seriously scientifically.

The huge gantry crane at the target site was purpose built and thus a rare feature anywhere – indeed a feature that the overwhelming majority of people have never seen. That Price’s identification should be merely a guess thus has a very low probability and, as an explanation, is lacking in credibility.

Developing Your Own Psychic Gifts: Clairaudience

Telltale Signs That You Had an Out-of-Body Experience