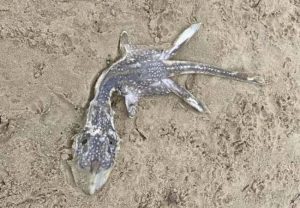 Photos of the bizarre sea creature posted online have sparked a lot of controversy and speculation. Among the most popular was “baby Nessie”.

“Found something on the beach the other day. Does anyone know what it is?” asked the user, posting these pictures in the British community on Reddit.

The creature has a flat, rounded head, four flippers or fins of various sizes, and a long tail. Its body is dark gray with white spots on its head down to its tail. 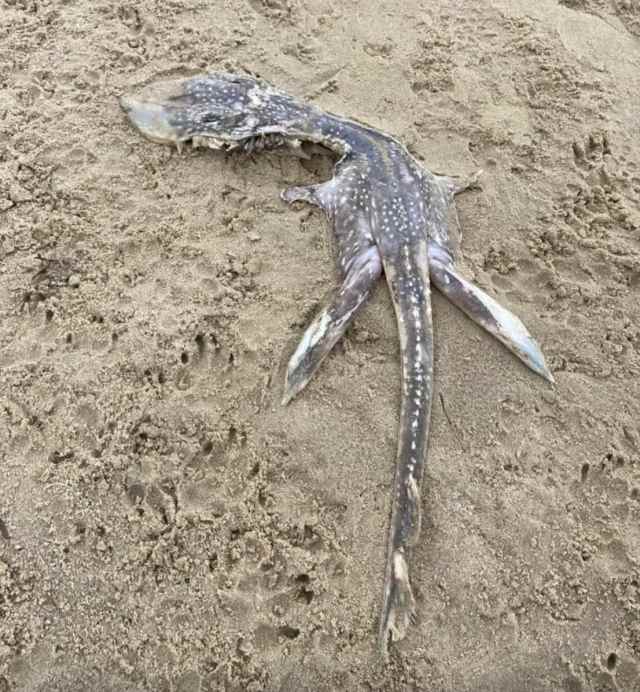 The post gathered more than five hundred comments with suggestions, the most logical of which was that this is an ordinary stingray, in which someone or something evenly and diligently cut off his “wings”. Or it was done by some kind of predator, who gnawed the stingray well.

As for those who suggested that this is the “Nessie cub”, such types of ancient sea lizards as plesiosaur and liopleurodon were named. Both are characterized by four fins and a long neck.

There have been comments that some fishermen carve the “wings” of stingrays alive and then throw the remains into the water. It is possible that it was this unfortunate victim that the author of the photo discovered.

Unfortunately, the author of the photo did not indicate when and where these remains were found and whether anyone did any research with them.