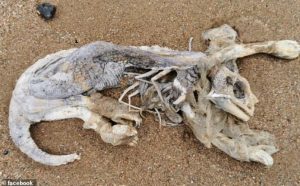 On Scottish social networks, people are discussing a photograph of a strange creature that was allegedly found a few days ago on Aberdeen Beach.

Only one photo of this creature is available and practically nothing is known about it, how long the remains are, whether samples were taken for identification, etc.

The creature clearly has the head of a reptile, iguana-type lizards, but the limbs are like cat’s paws.

The picture was originally posted by an ordinary local resident and, according to him, he just accidentally took a photo while walking by the beach.

Many local residents wrote in comments that after severe storms they often throw out the remains of strange fish and animals and that this is not the first such case.

In early October 2019, another unidentified creature was thrown onto a British beach in Devon County. Even expert zoologists could not identify him. 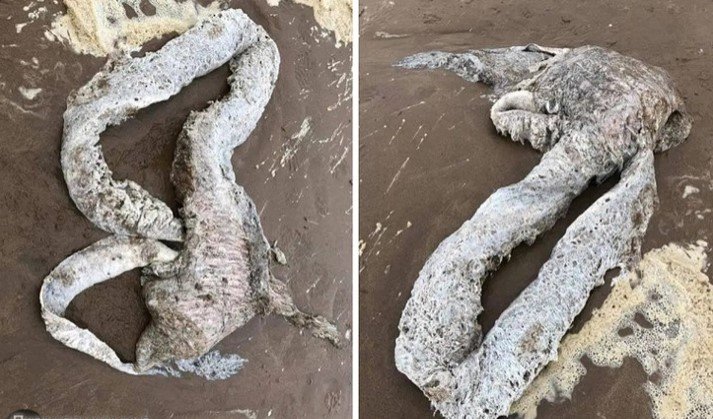 The remains were very large, about 3 meters long. It is possible that it was part of the intestines of a whale or something from huge squids.