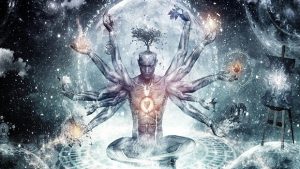 How can some children have the ability to talk in dialects and remember details of events that took place many years before their birth?

Reincarnation is the belief that the soul of an individual comes back to Earth after death and takes residency in a new body.

It is a belief born in the philosophies of Eastern religions and the Karmic laws of nature. Such is the level of complete conviction that some Buddhist holy men even believe it is a crime to kill any living creature for fear that it is a loved one returned.

These ways of the mystical East are increasingly finding favour in our normally skeptical societies, and many people now purposely search for details of their past lives through hypnotic regression.

Christian religion, and particularly the Roman Catholic Church, see reincarnation as heresy, although many branches of religion are open to the possibility. The central theme of the Buddhist religion, for example, relies on reincarnation. Buddha himself taught that the point of reincarnation depends on the quality of the preceding life.

This is the idea of Karma, and the belief that one’s actions are repaid in equal kind. Buddhists believe that reincarnation is needed to understand the world and achieve enlightenment. Once this is achieved, the soul will break the chain of reincarnation, attaining a state of nirvana or spiritual heaven.

The current trends for therapy and counseling in the Western world have also increased interest in the phenomenon of reincarnation. Problems such as irrational fears, recurring nightmares and inexplicable health problems are said to be caused by shadow memories of former lives.

To solve these difficulties, people often undergo hypnosis to experience a regression to find details of past lives. Experts believe that, in the wrong therapist’s hands, these processes can be unhelpful, and a combination of latent imagination and leading questions can produce quite fanciful results.

Details of past lives can appear completely unsolicited. Experiences such as spontaneous recall, where the person suddenly see an ultra-real ‘daydream’, or triggered recall, where an external factor in the physical world acts as a catalyst for the memory, are both common examples of this.

It is suggested that anybody interested in discovering their own past memories actually undertake a long course of meditation or yoga.

Although the process does not yield immediate results, and may take years to develop, the individual retains self-control and also achieves a higher state of mystical and spiritual wellbeing.

As the subject of reincarnation gains more and more acceptance, an increasing amount of verified cases are being reported. One of the most famous was that of the movie star Glenn Ford. Under hypnosis, Ford claimed to remember five previous lives, the most impressive of which was as a French cavalryman during the reign of Louis XIV.

Despite the fact that Ford only knew a few rudimentary phrases in French, under hypnosis he was able to speak fluently in a language that was later discovered to be a particular Parisian dialect from the seventeenth century.

This is quite astounding evidence, but many skeptics still claim that these sort of ‘memories’ can be created by sub-conscious dreaming.

Children’s recounts of past lives often provide the most amazing and most reliable proof of reincarnation, as they are not corrupted with the notion of reincarnation or false histories.

Dr Ian Stevenson, a leading researcher in this field, has written about many fascinating cases. One such incident involved an Indiana girl called Swarnlata Mishra.

In 1951, when Swarnlata was three, she started giving details about a woman called Biya Pathak who had lived in the Katni, over a hundred miles away from Swarnlata’s family home in Pradesh.

The young girl revealed that Pathak had two sons and had died in 1939 of a ‘pain in her throat’. She described and positioned Biya’s home and seemed to remember more and more as time passed by.

Eventually, Biya’s family were tracked down and came to visit Swarnlata to test her knowledge. She immediately recognized all the correct relations of Biya, calling them by their nicknames and treating them just as Biya would have.

Over the years she developed a close relationship with the Pathak’s, and both families now accept that Swarnlata is Biya returned. When Swarnlata’s father, Sri Mishra decided to choose a husband for her, he even consulted the Pathak family. Stories like this that affect people so personally suggest reincarnation really is a reality.