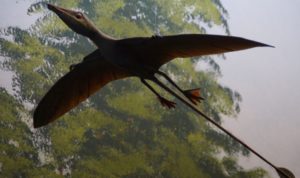 Even the most seasoned bird watchers or knowledgeable ornithologists may have trouble identifying a large bird-like creature occasionally reported in the skies above the American Southwest.

This “bird” has a wingspan of up to 20 feet. It’s most notable features are a large beak and a large bony crest on the back of its head. What catches most observers off guard though is its absence of feathers.

Upon closer investigation, the “bird” does not have wings but a thin layer of skin running from a long finger on the hand to the lower leg. The skin is shaped much like a wing but is used to glide on air currents much as bats do. 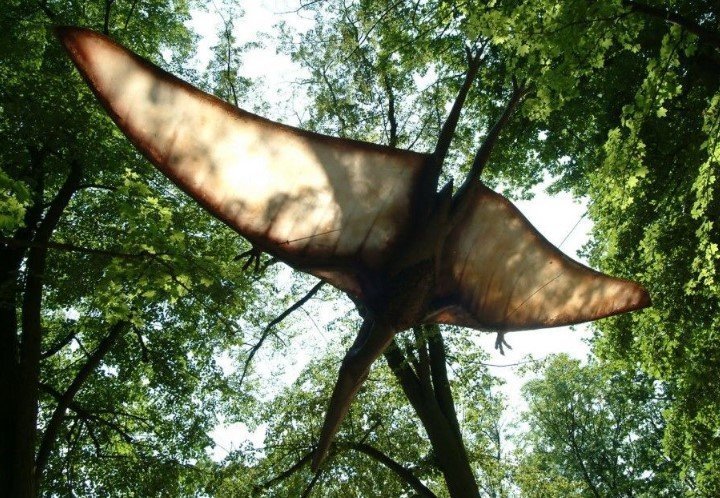 Most paleontologists will tell you that the Pterosaur (including the Pterodactylus and pteranodon.), a flying reptile of the Mesozoic era, has been extinct for over 60 million years; however, several recent sightings may suggest these large “flying” reptiles are still alive.

The book, “Strange & Unexplained Phenomena” by Jerome Clark and Nancy Pear describes a sighting of an alleged pterosaur by James Thompson on the early morning of September 14, 1982.

He was driving on a highway in Fresno, Texas when he saw a black or grayish creature gliding low to the ground. It had a 5-6 foot wingspan and a “hyde-type” covering instead of feathers.

Others who have seen the creature describe many of the same features of the extinct Pterosaur, most sightings placing the creature low to the ground as a gliding reptile would be.

The American Southwest is not the only place to catch a glimpse of these prehistoric survivors. Africa has been home to a similar creature known as the Kongamato which means “breaker of boats”.

African natives describe the Kongamato as a lizard-type creature with bat-like wings spanning 4-7 feet across and reddish in color. It was believed to be very dangerous.

It is interesting to note that British colonial service worker Frank Melland, upon hearing of the strange creature, showed illustrations of the pterosaur to natives who quickly identified it as the legendary Kongamato.

There are some controversial theories surrounding the North American Pterosaur and those of Africa as well. There is no scientific evidence that the Pterosaur is alive today, no bodies, photographs, etc. only eye witness reports.

To the rationalist (skeptic), the pterosaur is nothing more than misidentifications of modern birds such as herons or storks perhaps; or sightings are imagined or hoaxed. 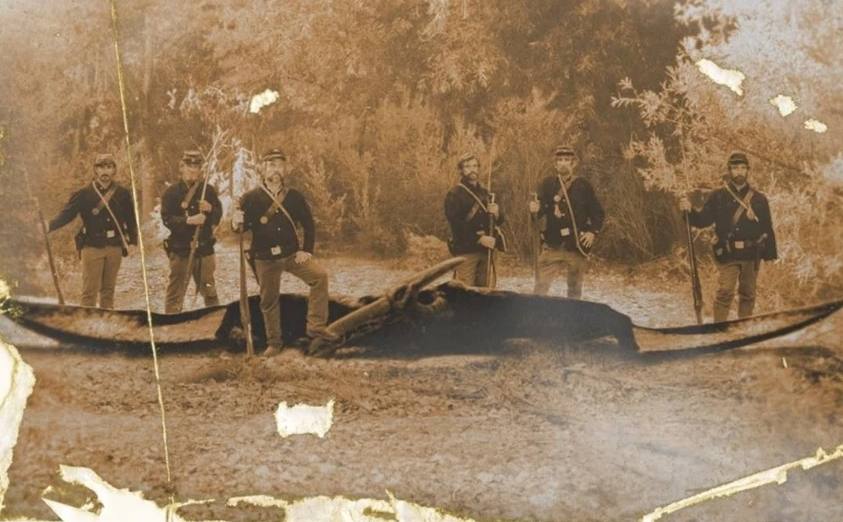 Cryptozoologists (who also chase after the large Thunderbird of the American Southwest) may use the argument that if prehistoric Sauropods survived in Africa (Mokele-Mbembe) and South America and are sighted today along with aquatic Plesiosaurs in Loch Ness and other lakes worldwide, then it is possible that the Pterosaur could have escaped dinosaur fate as well.

A paranormal theory speculates that Pterosaurs are actually from other dimensions or from the past and unintentionally slip past “gates” in time or space which transport them where they can be seen by bewildered contemporary humans.

Lack of evidence is accounted for as the Pterosaur usually finds its way back without leaving a trace of its brief modern existence. This theory is based on speculation surrounding the Bermuda Triangle and other enigmatic areas on earth known for the disappearance of humans, UFO activity, and strange creatures.

In fact, the “time/space gateway” theory has been applied to bigfoot and lake monsters as well.

For more information on Pterosaurs, see “Strange and Unexplained Phenomena” by Jerome Clark and Nancy Pear and “Searching for Hidden Animals” by Roy P. Mackal.

The Maumee Monster: The Mystery of River Dragon