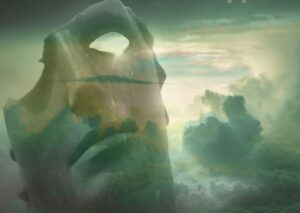 Is rebirth possible? Are there any scientific bases for believing in rebirth? Since time immemorial, man has been struggling to find a solution to this mystery but conclusive evidence has thus far eluded him.

Now, in probably the first-ever case of its kind, a Patiala-based forensic science expert has sought to scientifically prove the phenomenon.

Putting forward for debate his research in a case involving the rebirth of a child who lived in Chakkchela village of Jalandhar district in his past life and now lives in Alluna Miana village of Ludhiana district, Vikram Raj Singh Chauhan claims to prove on the basis of the comparison between the handwriting of the child in his previous and present births, the theory that rebirth is possible.

His findings have been hailed at the recent National Conference of Forensic Scientists at Bundelkhand University, Jhansi.

Back in 2002 a six-year-old boy Taranjit Singh of Alluna Miana village near Payal in Ludhiana claimed to remember his previous life. In fact, according to his economically weak parents, the boy had been claiming this since he was two years old and used to attempt to run away from home.

The boy said he was born in Chakkchela village in Jalandhar district in his past birth and his real name was Satnam Singh and his father’s name was Jeet Singh.

He said he was a student of Class IX in a school in Nihalwal village at the time of his death. On September 10, 1992, he was returning home on a bicycle from his school along with his friend Sukhwinder Singh when a scooter-rider named Joga Singh of Mirajwala village, Shahkot tehsil, hit him.

He received serious injuries on his head and died the following day.

His present father Ranjit Singh said as the boy became more insistent, he and his wife took him to Chakkchela village in Sangrur district. They could not find anyone resembling the people their son had described as his parents. When someone told them that there was a village called Chakkchela in Jalandhar district as well, they decided to go there.

The boy’s father Ranjit Singh and his friend Rajinder Singh went to the government school in Nihalwal village in Jalandhar district where they met an old teacher who told that it was true that a boy named Satnam Singh had died in an accident and he was the son of Jeet Singh of Chakkchela village. Then the family reached the house of Jeet Singh and narrated the whole story.

Ranjit Singh also said that his son claimed that the books he was carrying when the accident occurred had been soaked in his blood. He also had Rs 30 in his purse.

On hearing this, the woman Taranjit claimed was his mother in his previous birth, started weeping and confirmed his claim. She said she had preserved the blood-stained books and Rs 30 as the last memory of her child.

This story was carried in some newspapers. Vikram Chauhan told this writer that as a man of science, he refused to believe such a story but driven by curiosity, he decided to investigate.

He visited the villages concerned a number of times. The boy and the parents of both the births repeated the same story. He spoke to a shopkeeper who told him that the boy had taken a notebook on credit of Rs 3 from him a few days before his death.

When the shopkeeper went to the boy’s village, the boy immediately recognised him but said he owed him Rs 2 only. The shopkeeper admitted the fact and said he had only wanted to test the authenticity of the child’s claim.

A basic theory of forensic science that the handwritings of two different individuals cannot be the same was the basis of his investigation. If Taranjit Singh and Satnam Singh were the same person, then their handwritings also had to be the same.

The author explained that a person’s handwriting has specific characteristics, which are determined by one’s personality and hence no two persons write in the same manner.

It is an applied science combining the study of optics, physiology and psychology. A person’s psychological makeup determines, to a large extent, his handwriting.

Thus, the mind plays an important role in shaping a person’s handwriting and the hand only translates into action the dictates of the mind, which cannot be the same in two different writers.

The author revealed he was amazed to find that the handwriting of Taranjit Singh corresponded almost exactly with that of Satnam Singh. The only difference lay in the muscular coordination of the two writers as Taranjit Singh was not accustomed to writing. This was quite unusual and suggested that something in the two boys was same.

The author argued that if it is presumed that the soul is transferred from one person to another then it can be inferred that the mind will remain the same. Thus, if Satnam Singh’s soul was believed to have been transferred into Taranjit Singh’s body, then it stood to reason that the handwriting of Taranjt Singh would correspond with that of Satnam Singh.

The scientist proved this in a conference. According to the minutes of the conference, a number of forensic experts examined the handwriting samples and found that these were similar.

“I have some scientific basis to claim rebirth is possible”, says Chauhan, “but I wish to research further on the subject and am closely monitoring the development of the child.”

According to Chauhan, another factor bolstered his conclusions. “In his present birth, Taranjit has never gone to school as he belongs to a poor family, but yet when I told him to write the English and Punjabi alphabet, he wrote them correctly.”

Back in 2002, Taranjit lived with the parents of his present birth as they refuse to give him to his former parents, even though they are poorer than them. The parents of his previous birth have also not pressed their claim saying they understand the feelings of their counterparts.

Encounters with Unseen Worlds: A Personal Journey of Discovery