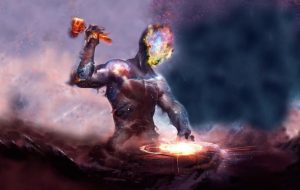 Billions of people believe in God. Are there reasons to believe in God, though, outside of faith? Is there evidence for the existence of God?

Reasons Not to Believe in God

Recent bestsellers including God is Not Great by Christopher Hitchens, The End of Faith by Sam Harris, and The God Delusion by Richard Dawkins have explored all the various reasons people put forward to not believe in God.

Their arguments, however, are nothing new. Previous generations of thinkers, including David Hume, Friedrich Nietzsche, Carl Sagan, Bertrand Russell, Sigmund Freud, Thomas Paine, and others have made similar points.

The reasons atheists or agnostics put forward to reject the existence of God basically come down to these points:

– The lack of (they would say, absence of) direct, observable, sensory evidence of God.

– The apparent contradictions between God’s alleged nature (all-powerful and all-good) and the real presence of chaos, tragedy, evil, and suffering in the universe.

– The steady advance of scientific progress and discovery, which appears to always put religion in retreat – with religion being little more than believing in the “gaps” (“gaps” which are getting fewer and smaller).

– The fact that religion often brings greater suffering to the world than good, as evidenced by suicide bombers, religiously motivated wars or “Crusades,” etc.
Ultimately, say atheists and agnostics, belief in God is nothing more than wishful thinking.

According to Sigmund Freud, God has always been nothing more than a “projection” of humanity’s desires. In Civilization and its Discontents, the famed psychologist wrote: “The origin of the religious attitude can be traced back in clear outlines as far as the feeling of infantile helplessness. There may be something behind that, but for the present it is wrapped in obscurity.”

Faith, Reason and Belief in God

Before responding to the atheists, it should be noted that, from a Protestant and especially an evangelical perspective, a relationship with God is based on faith and not scientific or philosophical inquiry. This isn’t to say that one comes to God through blind faith, but it does mean that a step of faith is, at some point, necessary.

As the writer of the New Testament book of Hebrews explains: “…without faith it is impossible to please [God], for he who comes to God must believe that He is, and that He is a rewarder of those who diligently seek Him.” (Hebrews 11:6, NKJV) And faith is understood not as certainty, but rather as the “substance of things hoped for, the evidence of things not seen.” (Hebrews 11:1, KJV)

Therefore, the following arguments are points of evidence – evidence that can be seen, but evidence of things (i.e., supernatural things) that, at present, cannot be seen.

Four Reasons to Believe in God

Here are four classic arguments to believe in the existence of a Supreme Being:

Argument from Motion – There is motion in the universe. Since an object cannot move itself, something or someone had to initiate the motion. This can either be accomplished by an external force acting on the object or by an outside force placing within the object the internal means to initiate motion. Once a person acknowledges this fact, he or she has admitted into the equation the existence of an external, supernatural force – i.e., the “Prime Mover,” as Aristotle posited.

Cosmological Argument – For every effect, there is a cause. Though refined and popularized by famous Christian thinker, Thomas Aquinas, this argument (also called the “First Cause” argument) goes back to Plato and Aristotle. It is based on the scientific and (frankly) common sense observation that the origin of the universe, expansion of the universe, origin of life, origin of consciousness, etc. are all “effects” and these effects require a cause. Such a cause would, of necessity, have to be outside of nature. It would thus be supernatural.

Moral Argument– Made famous by philosopher Immanuel Kant, this argument centers on the summum bonum (“Highest Good”). The Highest Good is where moral virtue and happiness coincide at their fullest. Humanity, it is observed, always strives for this higher plane of existence, and yet is never able to achieve it. According to Kant, the desire human beings have for happiness as well as moral fairness and justice proves that someone (namely God) planted this desire in their soul. Kant’s argument echoes similar claims made by the Apostle Paul (see Romans 1-2).

There are many more arguments for the existence of God, beyond the above. These classic arguments, however, have stood the test of time, and (for most theists) constitute compelling reasons to take the step of faith described in the book of Hebrews.