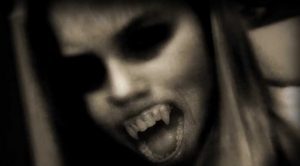 While vampires have always been a favorite subject for popular culture, they have recently gained further popularity with the recent Twilight phenomenon and the popularity of such television shows as True Blood.

There was a time, however, when human society’s fear of vampires was a very real fear and not just a fictitious one. Every culture that has ever existed has had vampire myths and legends in both their folklore and even their religion.

From the Judeo-Christian stories of Lilith and her blood drinking daughters the Lilu, to tribes in Madagascar that tell tales of a blood sucking creature called Ramanga, it seems that for some reason the legend of the vampire is a universal aspect of human nature.

Ancient people often suspected and feared that deceased loved ones would return from the dead and become a vampire. Vampire killing rituals became common all over the world from the 15th century all the way up to the 19th century.

In Venice, ancient corpses are sometimes found with bricks shoved into their mouths, this was part of an ancient vampire slaying ritual. In Germany lemons were placed into the mouths of suspected vampires. In Romania garlic cloves were shoved into the mouths of corpses to prevent them from rising from the dead, this being the source of the popular myth that vampires hate garlic. In America, as recently as 1892, a young man’s corpse was dug up and his heart was cut out and burned because he was a suspected vampire.

While vampires are usually thought of as fiction today there are still some sects of human society that have a strong belief in real vampires. In the African country of Malawi people began reporting being attacked by vampires all through out 2002 and 2003.

The hysteria grew so much that many suspected vampires were stoned to death. A Governor, Eric Chiwaya, was stoned by a mob that claimed that the government was colluding with vampires. Chiwaya barely survived the attack.

In some small communities in Romania, a country that many believe to be the source of many modern vampire myths, the fear of vampires is still very real. In 2004, Toma Petre was suspected to be a vampire by his family. His family dug up his corpse, cut out his heart, burned it, and mixed the ashes with water in order to drink it. This ritual is an ancient technique used to destroy vampires.

There are two types of vampires prevalent in world culture. There are the primitive killers and the suave aristocratic vampire. Often times serial killers are dubbed vampires due to their ingestion of their victim’s blood. These cases can be related to the common idea of the primitive vampire.

Vlad III Dracula, or more commonly referred to as Vlad the Impaler, was the Prince of Wallachia (modern day Romania) and is best known, historically speaking, for his fierce resistance of the Ottoman Empire into his territory. In Eastern Europe and Romania Vlad is often looked at as a hero who resisted an empire, in Western Europe word spread of Vlad’s affinity to torture his enemies and he became more a villain than a hero.

One story says that an invading Ottoman army planned to storm Vlad’s castle, but instead fled the area in fear when they came across a forest of impaled corpses. It is often thought the Bram Stoker borrowed the name of Dracula from this historical figure to be used in his novel of the same name.

Another historical figure that contributes to this aristocratic vampire is Countess Elizabeth Báthory. Often called the “Blood Countess”, Elizabeth Báthory has become one of the most prolific female serial killers in history. Báthory was a Countess in the Kingdom of Hungary (modern day Slovakia) in the 14th century and early 15th century. It is said that she is responsible for the death of over 600 people.

It is said that Báthory would bite the flesh off the face and hands of her victims and sexual tortures would also occur. Perhaps, the most bizarre of all her atrocities is that she would bathe in the blood of virgins in hopes of retaining her youthful beauty. Historian disagree on what crimes if any the Countess Elizabeth Báthory was actually guilty of, but popular culture has taken the idea of the Blood Countess and ran with it.

There are also biological and psychological sources for the vampire myth. For example, today many scientists believe it was ancient people’s misunderstanding of decomposition that resulted in many being accused of being vampires.

As the body decomposes and the skink withers away it can create the illusion of growing hair or fingernails. Also, as the body decomposes it can become filled with a gas causing it to swell. This swelling has resulted in many vampire hunters thinking a corpse looks well nourished and must be rising from the dead at night to feast upon the blood of the living.

If someone were to stake a cadaver swollen with this gas it could cause the gas to look for an escape route due to the newfound pressure. If the gas passes out of the mouth it can come into contact with the vocal chords and make a groaning sound or it could pass through the anus and make a sound similar to flatulence. Both of these could be confused with signs of life after death for the corpse.

Some doctors have also established a link between the disease Rabies and the belief in vampires. They suggest that the “vampires” that ancient people fiercely believed in were merely people in the late stages of Rabies. Rabies can cause hypersexuality, disruptions in sleep patters (causing someone to become nocturnal for example), cause a bloody foaming at the mouth, and cause someone to have the urge to bite another.

There are also psychological aspects entangled in the vampire myths. Many historians have noted that the belief in vampires rises when ancient communities are going through times of mass outbreaks of disease. Perhaps the only way that ancient people knew how to explain these disease epidemoics that were killing them were through the folkloric tales of vampires.

Some of the psychologists of the Freudian field of thinking believe that vampires represent the darker side of human nature and these myths and legends are manifestations of secret human desires.

Regardless of the reason, vampires have become a mainstay in world culture, and to some they are very real. In the modern world, there is an entire subculture dedicated to the vampire. These groups of people often partake in the drinking of blood or sometimes they feed off the supposed life energy of another. This life energy feeding is often refereed to as psychic vampirism in the vampire community.

There is something that undoubtedly draws us to the vampire, both the primitive and frightening vampire and the equally frightening but also charming aristocratic vampire. Why do we have such a desire to associate with these fictitious or perhaps nonfictitious creatures?

Perhaps it is our own fear of death. Perhaps we are drawn to these legendary immortal beings, because when we identify with them we stop fearing death. In this regard, perhaps we all secretly wish that we could be vampires.