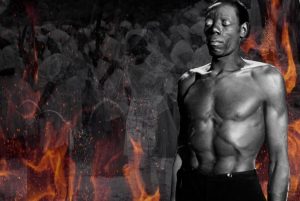 In the spring of 1962 Clairvius Narcisse, a forty year old man was diagnosed as deceased and buried – the cause of his death was an undetermined illness, but 18 years later he staggered into his home town of L’Estère miles from where he had died and been buried. Clairvius was just one of many that the locals knew as “zombies”. Welcome to Haiti…

Today it’s hard to turn on any media source without hearing the term “zombie”. At any given time there are movies and TV shows coming out on the topic or niche.

Many attribute the origins of the zombie genre to the Living Dead films of George A. Romero, but in reality “zombie” is not said once in any of his films. “Zombie” first engaged popular culture in the 1988 film Serpent and the Rainbow, which was based on the very real work of Canadian ethno-botanist Wade Davis who had published findings of Haitian zombies in his book also entitled Serpent and the Rainbow three years earlier.

“Zombie” is derived from the Haitian Creole word “zonbi” and in Haiti the threat of becoming a “zonbi” is very real. In the Voodoo beliefs of Haiti it has long been held that there are two ways to die, naturally at the hands of the gods, or unnaturally at the hands of man. Those that meet this unnatural fate are subjected to an existence amongst the undead awaiting approval from the Gods to pass on.

When Clairvius Narcisse staggered into L’Estère that day in 1980 it was the first time the Haitian voodoo practices and the culture of the living dead were exposed to scientific inquiry. The first to take serious interest was a Haitian psychiatrist, Lamarque Douyon, who began by proving the zombie in question was in fact Clairvius. He did this through a long series of tests and questions developed to qualify the subject’s knowledge of his life. Clairvius scored 100% and in fact corrected some portions of the test that were intentionally inaccurate.

Clairvius told Lamarque Douyon of how prior to his death he awoke to the sensation of invisible bugs crawling all over his body. Amazingly he ended the description by stating his own death. Next he told of how he was pulled from his grave by a small group of Bokors, evil voodoo sorcerers.

He described how his limp body was dragged to a plantation where it was fed concoction after concoction and beaten until reanimated. After his rebirth into the world of the undead Clairvius lived the next 18 years amongst fellow zombies staggering and numb like himself. They tended the plantation until one day one of the zombies killed the plantation owner with a hoe.

By 1983 New Scientist magazine and Time magazine had both published the case and it caught the attention of Wade Davis who quickly planned his trip to Haiti.

Following months of study on location in Haiti, Davis determined that becoming a zombie was not a magical process or ritual, but was in fact a very real physical procedure involving brain washing, abuse, and a never before known concoction of natural drugs.

It was believed that a mixture containing puffer fish venom, and an obscure toad venom had induced a coma like state in Clairvius Narcisse, which mimicked the appearance of death. The mixture could be dried and ground into a powder that could be applied by simply touching it to one’s skin.

These terrifying discoveries laid out plainly how any person could be assaulted with the mixture and be completely unaware until after they had been resurrected from the dead. By then it would be too late.

The discovery may have explained the existence of real life zombies in Haiti but it didn’t end the phenomenon. Both Voodoo and the practice of abducting innocent people by way of artificial death, then reanimating for the purposes of slavery is very much alive and well in Haiti.

Since the time that Clairvius’ story was told there have been at least five more cases of the dead staggering back into small Haitian towns seeking their relatives or friends, but the locals don’t fear zombies, rather they fear becoming one.