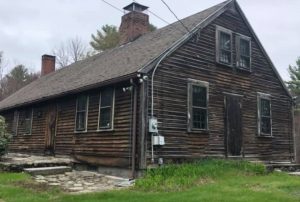 The founder of “Ghost Adventures” claims that the real-life home of the Perron family made him sick for weeks, reports “Lad Bible“.

Immortalized by the supernatural horror film “The Conjuring” from 2013, this remote farmhouse in Rhode Island has been the scene of a notorious real-life haunting that has plagued the Perron family for years.

The story goes that the property had been cursed by a witch, dooming anyone living there.

The Perrons witnessed all sorts of unexplained occurrences that, as time went on, would have become increasingly sinister and threatening.

The reputation of the house has made it a top target for paranormal investigators in more recent years, and Zak Bagans of Ghost Adventures was no exception.

He and his team went into the former residence of the Perrons for the show’s Halloween special, in an effort to capture evidence of paranormal phenomena. But what Bagans hadn’t expected was to leave him feeling so unwell for the experience.

“This house made me sick, and I did not recover from this investigation for about three weeks,” he said. “It took everything out of me. My body wasn’t functioning right. My balance.”

“This place is haunted by something I believe is very ancient.”

“As an investigator, this is the ultimate place to go because of the history. Being able to get inside of the house and back inside of this case, reopen these files, learn some things that people don’t know about this investigation, was just an absolute thrill.”

His team captured some interesting evidence in their investigation, according to Bagans.

“When we were using infrared binoculars, we captured this black mass blocking the light and the window of the house. I fear for the family that lives there if it progresses.”

“I know it’s a thrill to buy the house and live there, but they need to be very aware of what they could potentially be dealing with.”