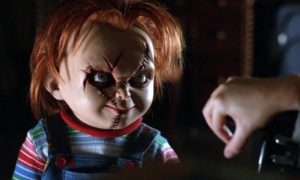 A female in Peru has stated that her possessed doll moves on its own and is susceptible to bouts of physical violence. The strange story was reported locally after the girl, whose name is Berliz, insisted that her fellow had left her after the deranged doll ‘beat him up’ while he was sleeping.

Called Deisy, the doll has presumably been responsible for a entire number of mysterious events starting from sightings of strange shadows to physical disturbances and phantom injuries.

“One day, a bright light suddenly shone and my bible fell down from the TV,” said Berliz. “I began to cry and the light switched off and I saw shadows all around me.”

“I was only eighteen, and my dad hugged me and when the light came on my face was covered with cuts.”

In accordance to reports, the nefarious doll, which she originally got as a Christmas present, has attacked, not only her boyfriend, but also her cousin.

Berliz is now desperate to keep it outside from the house so that it can’t harm her newborn baby.

Since showing up online, the story has been met with a quite easy to understand degree of skepticism with some social media users likening the doll to Chucky – the antagonist of the Child’s Play movies.

Up to now, none of the phenomena linked to Deisy have ever been independently proven.

Prove that Reality Does not Exist Without Observation