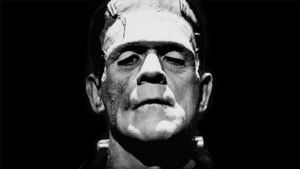 Mary Shelley lived an incredible, tragic, and short life. But, she left behind one of the great classics of literature. “Frankenstein or the Modern Prometheus” was published in 1818.

It is a story that can be interpreted in an endless number of ways, but where did she come up with the idea for the story? At the time she wrote her classic there were many scientists and doctors that she would have known of that may have been part of the basis for her story.

One of the most interesting was Johann Konrad Dipple. Dipple was a theologian, doctor and alchemist. Dipple was in fact born at Castle Frankenstein in 1673. There have been many stories of Dipple and his experiments, some of which are provably wrong, like his work with nitroglycerin.

The myth is that there was an explosion which destroyed the tower at Castle Frankenstein. The problem with this story is that nitroglycerin had not been invented at the time. One thing that we know for sure is that Dipple was a dissector, experimenting on dead animals.

Like many alchemists, Dipple claimed to have discovered the elixir of life. Dipple’s work may seem strange but science was young and he was not alone with the kind of experiments he performed. Ultimately, Dipple’s connection with the Shelley novel is most likely the fact that he was born and lived at Castle Frankenstein.

At the time Mary Shelley created Frankenstein, electricity was a mysterious phenomena. Investigating it’s powers and properties led to wide ranging experiments. Giovanni Aldini was the nephew of Luigi Galvani. Galvani was one of the great early investigators of electricity. Aldini held demonstrations where he applied electrical current to dead animals, causing them to twitch, eventually he moved on to humans. 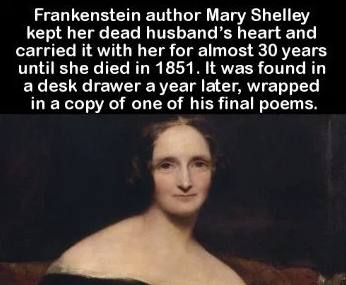 In one experiment Aldini obtained the head of a man who had been executed. When he applied the electric current, Aldini observed twitching eyes and what he described as “horrid grimaces.” Dr. James Lind was a friend of Mary Shelley’s husband Percy Shelley.

Lind, like others, experimented with animating dead animals with electricity. Because of his friendship with Percy Shelley, Dr. Lind almost certainly had some influence on Mary. Dr. Lind is best known for discovering the cure for scurvy.

So, where did Mary Shelley get the idea for her novel Frankenstein? Those mentioned above and many others certainly could have been part of the answer. But, in the end, Frankenstein is Mary Shelley’s creation. It is the result of Her life, Her experience.

Shelley lost two children. One of them, just 12 days old, at about the time of her writing Frankenstein. In Her diary She wrote, ” I had a dream that my little baby came to life again, that it had only been cold and that we rubbed it by the fire and it lived”. Mary Shelley died of brain cancer at age 53.

P-Zombie – Philosophy of Mind and the Zombie Argument