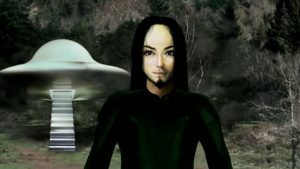 Search the internet for Raelism and you find images of alien blow up dolls, women in pink bikinis covered in green body paint, and symbols of what appears to be a Star of David merged with a swastika.

Certainly odd trapping for religion, but what sets Raelism apart from other religions is its followers claim it to be based on the teachings of present day living aliens. So how did this odd religion come about?

Claude Vorilhon, the founder of Raelism, was born in France in 1946. He claims that in December 1973 he met an alien being, similar to humans in appearance, named Yahweh who had landed in a remote volcanic area of south central France in a small spaceship.

Over a period of several days the Yahweh dictated to him most of the contents of Vorilhon’s first book entitled simply “The Book Which Tells The Truth”. The alien instructed Vorilhon to act as their prophet, saying that it was “a message to be addressed to all humanity”. Vorilhon subsequently wrote the book and changed his name to Rael, which is Hebrew for “messenger”.

Almost two years later, in October 1975, Rael claims to have had a second encounter in woods near Brantome in France. On this occasion he was taken aboard the spacecraft and flown to another planet inhabited by an extraterrestrial.

He describes this trip and his time spent there in detail in his second book entitled “Extra-Terrestrials Took Me To Their Planet” published later that year.

The core message of Raelism is the concept of intelligent design. Raelians reject the theory of evolution believing that DNA naturally rejects the mutations that would make evolution possible. According to Rael all life forms on earth were created by the Elohim in their laboratories when they mastered the mystery of DNA.

DNA and cloning holds an intense interest for Raelians. They reject the idea of an after-life. They believe in cloning as form of immortality. It should be understood that the clones the Raelians seek are not just mere copies but improvements through DNA enhancements.

It should be noted this spurred by the Elohim Yahweh statement that it was 25,000 years old and that superior clones may be taken away to live on the planet of the Elohim.

Rael also claims that the Elohim leaders have been alive continually during the whole history of earth, having long ago learned how to genetically recreate their human bodies complete with existing personality and memory. 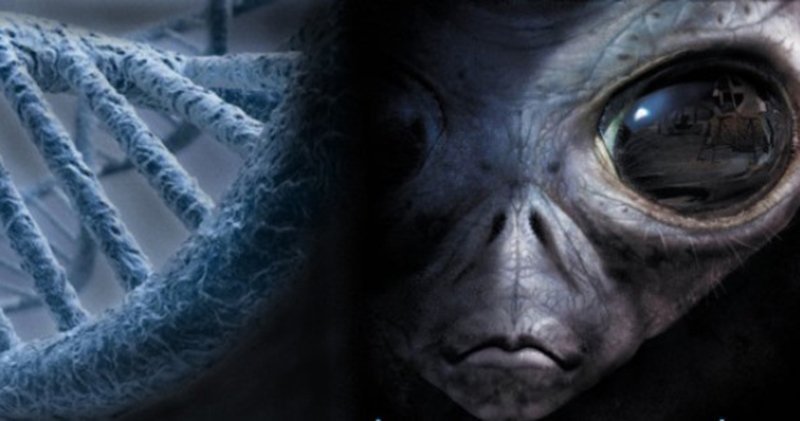 In addition, he says that the Elohim monitor the thoughts and deeds of every single human on Earth by computer and that at the moment we die they can clone any of us by taking a remote sample of our DNA from a single cell. He states that some 8,000 individuals have been cloned in this way and are alive on the home planet of the Elohim when he was taken there in 1975.

Later Rael went on to found a company, Clonaid, which claimed to offer cloning services to the public. In 2002, Clonaid announced that it had successfully cloned a baby girl named Eve. Today, the company claims many successful instances of cloning and offers cloning services to any suitable individual.

Raelism is more than DNA and clones. The Raelians are vocal advocates of sexual freedom. Raelism teaches that the Elohim created us with the expectation that we are to enjoy the pleasures our bodies an environment provide. It is should be noted that this sexual freedom requires consenting adults and is not extended to Pedophilia. The Raelian homepage Faq states the following:

“Even if we are in favor of sexual freedom between consenting adults, if you are a pedophile you are definitely not welcome in the Raelian movement. Not only because our position is very clear condemning it as a mental disease, but also because, contrary to the politics of the Catholic church which has been hiding pedophile priests (see www.nopedo.org) and moving them from parish to parish so they can make more victims of their disgusting behavior, the Raelian movement has a strict policy of not only expelling immediately any member suspected of pedophilia or sex with people under legal age BUT ALSO to immediately report them to the police.”

In 1974 Rael founded what has now become the Raelian Movement, or as some would have it the Raelian Church, which now has over 70,000 members in 97 countries. Its purpose is to inform humanity of its true origins and to spread the word about the Elohim who created life on Earth. Additionally, another task is to build an embassy to welcome the “return of our creators”.

The Elohim have expressed a desire to come to Earth and meet us, but only if they are welcome here. For this reason they have asked for an embassy that they can use in the same way that countries on Earth have embassies for foreign diplomats.

The embassy has to be built on neutral territory and have guaranteed neutral air space. Providing such an embassy would show the Elohim that we are ready to welcome them, together with their vastly superior technologies. Raelians have asked a number of countries if they would consider providing such a space and claim that several have expressed interest.

Raelians, because of their support of sexual freedom, often take part in Gay Pride Parades. It’s in one of these parades cavorting in bikinis, speedos, and, yes, the blow up aliens mentioned earlier that you may have seen them. Whatever else you may think about the Raelians, they sure appear to be having a lot of fun.