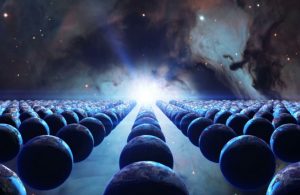 Have you had an unexplained accident where you should have died, but due to same random stroke of amazing luck, you managed to survive?

Were you ever so ill, you narrowly escaped death? Afterwards, did you remember events differently from those around you?

One possible explanation is that you may have indeed experienced death in another timeline, but your consciousness continued in an alternate reality.

Quantum immortality started as a thought experiment in the late 1980s, and later was more fully developed by physicist and cosmologist Max Tegmark.

It suggests we may die many times throughout our lives. With each passing, our consciousness moves, slides, jumps or shifts to the closest timeline, very similar to the one where we died.

A Reddit user with the nickname “ConcertSufficient966” is sure that something very similiar happened to her recently, perhaps a glitch in the Matrix or getting into another reality.

“Two weeks ago, I was about to get ready for a party at six. Just before I started getting ready, one of my friends messaged me, super excited because a boy she’s had a crush on for the last four years finally asked her out, and he was coming with her to the party.

“While I was texting her back, my younger brother walked into my room and asked if I could drive him to his friend’s house, which I agreed to do. Then I went to the bathroom to have a shower and do my makeup.

“So I got in the shower, but when I went to wash my hair I realised that my conditioner was finished. I was pretty ticked off, because I’d only bought it a couple of days beforehand and it’s an expensive brand (my younger sister always uses up my things, so I knew she’d used it all). She’d also trashed the bathroom, leaving water everywhere and her dirty towel on the floor.

“I was pissed off and was about to get out of the shower in order to tell her off and get some more conditioner. But as I went to get out, I realised at the last second that she’d kicked the grippy mat we have at the bottom of our shower-tub up (our shower/tub is SUPER slippery without the grip mat).

“So as I went to step out, my foot slipped and I fell with my neck down onto the edge of my tub. Time seemed to slow down in my head, and I remember my last thought was “Wow, this is how I die? How stupid.”

“But here’s the thing- at the moment of “impact,” I woke up in a start, back in my bed. I know it sounds stupid and cheesy, like something from a dumb netflix show, but there’s literally no other way to describe what happened.

“I was lying in bed right before I got up to shower the “first” time, but I don’t remember falling asleep. And the thing is, I’ve been a lucid dreamer for the last five or so years, and if this was a dream, it was way more vivid than anything I’ve ever experienced.

“What weirded me out though, was that the exact same friend who texted me the first time messaged me after I woke up to tell me that the boy she had a crush on had asked another girl out, and she was pretty bummed about it and didn’t want to come to the party.

“I was weirded out that there was some similarity between that and the “dream,” but didn’t think much of it at first. As I went to reply, my younger brother came in to ask if I would take him to his friend’s house. All the blood drained from my face. He just stood in the doorway looking confused, and asked me what was wrong.

“I rushed into the bathroom, feeling like I was losing my fucking mind, and went to check the conditioner bottle. I know this sounds completely crazy, but the bottle was finished just like before. And the grip mat was kicked up.

“At that point I went to lie back down in bed and texted my friends to tell them that I wouldn’t be going to the party.”

Most people do not realize that they have jumped until later, unless the event is particularly traumatic. Sometimes, they can trace the shift back to a specific global tragedy or experience such as Redditor’s accident.

Small differences are sometimes noted, the result of earlier choices or decisions which manifest in the new reality. A dress may now be green instead of blue, or a friend goes by their middle name.

Quantum immortality theory states that if you “die,” things reset. The world in which you did die, everyone remembers you dying. But your consciousness isn’t done yet if that makes any sense. It jumps itself to a nearby timeline to protect itself. When your consciousness finally goes, it’s going to go when it’s supposed to.