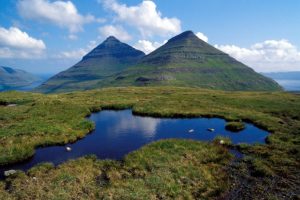 Pyramids found by archaeologists on the Kola peninsula prove the existence of an ancient civilization on the territory of Russia.

Currently, archaeological excavations near the pyramids, which, according to preliminary estimates, are at least two times older than the Egyptian ones, have been resumed on the Kola Peninsula.

Scientists who made an expedition to these places, believe that the Kola peninsula may be the ancestral home of the most ancient civilization on Earth. A weighty argument for this hypothesis is the pyramids discovered by scientists and huge stone slabs created 9000-40000 years ago.

Interestingly, all the pyramids are positioned clearly in the direction of East-West. It also turned out that the pyramids were rebuilt three times by ancient people, each time increasing them in height.

The question remains open – who could build these structures?