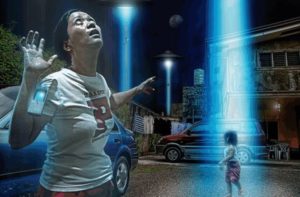 Alien abductees report similar incidents, have no memory of the event and are usually aware of a time lapse. Many will have Post Traumatic Stress Syndrome.

The typical alien abductee is paralyzed by some unknown force, taken to a small room, examined by big-eyed, gray-skinned, hairless, small creatures. Tissues and cells are sampled.

Often times, subcutaneous implants are installed. Abductees are returned to their vehicles or beds and wake up with no conscious memories of the incident. They usually notice that time has, mysteriously, elapsed.

The first widely publicized US case was the Hill Alien Abduction that Barney and Betty Had in September, 1961. The Hills noticed a strange light flying erratically. As they approached Indian Head, New Hampshire, the light appeared directly ahead of them.

Barney left the engine running and exited the car to see the bizarre object. He saw 5 to 11 figures moving behind the spacecraft’s windows. Barney got into the car and sped away.

They heard a loud beeping sound, then felt drowsy. When they awoke, they were driving near Ashland, two hours later. They felt uneasy and confused about the time lapse.

Soon after the incident, Betty began having recurring nightmares in which 8 to 11 beings stopped their car. They would be taken into a disk-shaped craft and examined.

Unrelenting anxiety led the Hills to seek the help of Dr. Benjamin Simon, a psychiatrist who specialized in treating amnesia through time regression hypnotherapy. Treatment lasted for six months and revealed many details of their encounter. The aspects in which both Hills described their ordeal matched closely.

Abduction details have been described by hundreds of people who were hypnotized by psychiatrists, psychologists and other therapists. Victims are from all countries, ages, genders and races.

It’s suggested that, for every abductee whose recollections have been released in therapy, there are many more who remain unaware of their encounters with aliens.

Amnesia induced by aliens is extremely effective. Repressed memories can emerge in terrifying nightmares. Many victims recall being told that they will remember the abduction – as a dream. 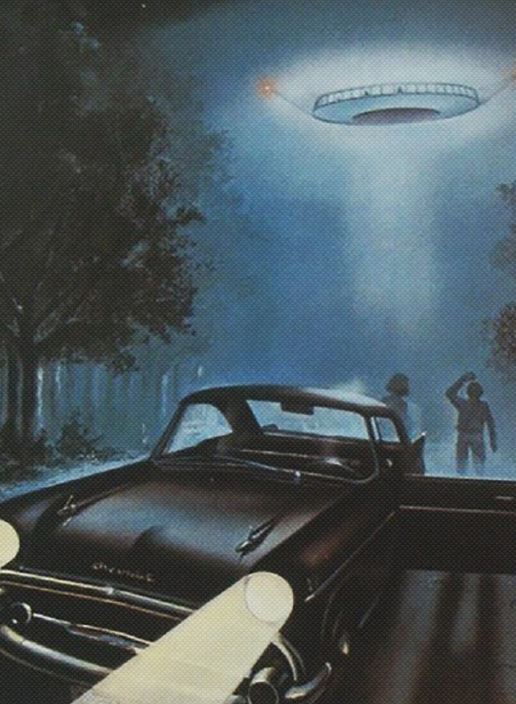 According to the DSM IV TR, the manual that mental health professionals use to make diagnoses for billing purposes, the criteria for adult PTSD are:

1) Repeated and intrusive recollections of the event, including images, thoughts and/ or perceptions.

2) Recurrent nightmares of the event.

3) Acting or feeling as if the traumatic event was recurring, including feelings of reliving the experience, illusions, hallucinations and flashbacks.

4) Severe psychological distress when exposed to internal or external reminders that symbolize or resemble a facet of the traumatic event.

5) Physiological reactions when exposed to internal or external reminders that symbolize or resemble a part of the traumatic event.

While under hypnosis, many patients recalled similar abduction events in detail. Dr. Mack’s patients weren’t feigning their memories, nor did they want to believe aliens existed.

Most wanted relief from the nightmares and explanations about the bizarre images that terrified them or made them feel irrational. Regression therapy for abductees gave some relief.

An increasing number of adults were referred to Dr. Mack by therapists who felt uncomfortable with the memories that were being recalled in therapy. It seemed obvious that a growing number of people had been abducted and examined by something.

Robert Bigelow, Dr. Mack’s pioneering colleague, documented the alien abductee phenomenon. He wanted to know who the typical victims of the alien abductions were and why they were selected.

The Roper Organization asked people questions on their nation wide Limobus ™ survey. Bigelow added his own questions in three separate Limobus™ surveys to determine the numbers and profiles of alien abductees in America.

Bigelow knew that he couldn’t ask subjects if they had been abducted by aliens because most abductions involve amnesia. The questions would be asked by an examiner, in a personal interview. He doubted that anyone would admit s/he was an abductee for fear of being deemed insane.

Bigelow knew that abductees, before their memories were released, remembered certain events, not shared by non-abductees, and were likely to admit them. He worked with abduction therapists to create a list of positive indicators. These questions were mixed with questions in three Limobus™ surveys.

The report was published and, confidentially, given to every member of the American Psychiatric Association and was sent to clinical psychologists and other therapists who dealt with PTSD.

One out of every 50 people met an abductees’ profile. This might suggest that about 33,000,000 people had been abducted in America. The number of people reporting occurrences of items on the list greatly exceeded expectations.

The report suggested that abductees were selected across gender and ethnic lines, with a larger number than expected falling into the preferred group, people with higher educations and social awareness. This could be coincidence or it might reflect an effort to examine the genetic potentials of these human traits.

If cases of 33,000,000 abductions are genuine, the frequency of these happening should have resulted in more conspicuous activity on the abductors’ part. If this activity is being done by an alien superior life form, their methods of covert action could escape detection.

Research about UFOs, aliens and abductions is ongoing. Hopefully, answers to many questions will be unearthed soon.