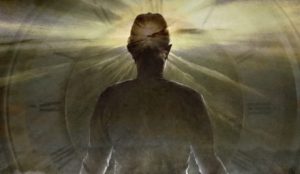 Traumatic events like child abuse and near death experiences can trigger psychic powers.

Most people who wish to develop their psychic abilities choose to nurture and centering practices like meditation, prayer and dreamwork. However, there have been many recorded instances of trauma opening people up to psychic experiences.

Scientists suggest that it is not the shock itself that creates the psychic; it is the altered state of consciousness created by a distressing event that heightens perception and ESP.

What happens to the body when it is consumed by terror and shock? First, adrenalin rushes into the bloodstream to create a form of hyper-alertness. One enters an altered state of consciousness; events become heightened in the mind and one gets a slow-motion recording of the experience in the brain.

Simultaneously, the mind registers a form of detachment allowing it to watch without emotion as though the event were happening to someone else. The altered state is the body’s way of coping with the trauma; it provides one with a kind of alertness, edge, hypersensitivity that enables him to survive the danger.

Soldiers in action or victims who miraculously survive accidents often report such a sense of heightened awareness. Head trauma often causes psychic power as well; in this case, the structure and functions of the brain are shifted; these changes is responsible for PSI functioning.

Trauma experienced during child abuse often is a catalyst for psychic abilities. An estimated 30-50 percent of psychics have reported incidents of childhood abuse and 75 percent have experienced a form of trauma in their lives.

However, childhood experiences of severe stress and violence are not a necessary condition for PSI abilities.

Children experiencing violence and abuse often protect themselves by dissociating their bodies from their consciousness of pain; they do this by entering a “trauma trance,” an altered state of awareness. Adrenalin pushes them into an “out of body” survival mode that often opens the third eye.

Near Death Experiences (NDEs) often increase psychic power. Studies suggest that NDEs stimulate the temporal lobes, the part of the brain responsible for PSI effects. Studies also show that the stimulation of the hippocampus and amygdala in the limbic system produces intense hallucinations such as apparitions, inner voices or the sense of a presence nearby. Writer John Geiger calls this phenomenon the “Third Man Factor.”

Scientists also suggest that near death experiences alter the electromagnetic field in and around the brain; this alteration produces a type of “micro-seizure” that makes people sensitive to the perception of alternate realities. Dannion Brinkley is an example of someone whose psychic abilities were developed by a near death experience.

The fact the psychic powers can be triggered by trauma suggests that man’s spiritual apparatus is deeply embedded within his physical nature, waiting to be ignited by events that challenge his body and mind.

The suggestion is also strong that negative events in life carry a boon – they can trigger latent powers not otherwise known.