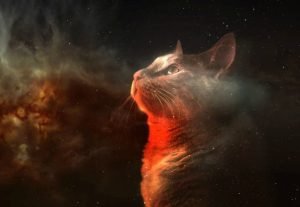 An American psychic specializing in animals claims that kittens are interdimensional animals that can move in different dimensions, see things that people cannot see, and use their abilities to build deep relationships with people that can continue even after the death of the animal.

The psychic Lori Spagna is said to be able to communicate telepathically with animals. She is the author of such books as Animals in the Afterlife: Surviving the Loss of a Pet, Learn Animal Communication and Telepathy, and more.

In a recent interview with Coast to Coast AM radio talk show, Spagna noted that “animals speak the language of cosmic energy.” This means that they see the world differently from people.

She said that, for example, kittens are usually capable of interdimensional manifestations: they are good at recognizing life in the interdimensional, non-material realm and can see spirits that a person does not notice.

For people grieving over the death of their pets, Spagna brings some encouraging news. She says that these animals continue to watch over people after they die.

She says that animals, especially those that live with people, usually stay with their owners for some time after death and look after them.

She mentions that if animals have a close relationship with humans, then the animals will feel connected to humans even after they die.

And these psychic abilities allow animals such as dogs and cats to detect disease in humans because they sense changes in the physiology of the human body, such as fluctuations in temperature and hormonal levels.

“All animals have a purpose, a message and energy to be here, and a specific role that they have to play, depending on their species,” adds Spagna.

As an example, she cited elephants, who are the keepers of the Earth’s record. She added: