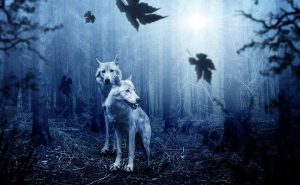 Parapsychologist Joseph Banks Rhine coined the term, “anpsi,” to refer to animals’ psychic abilities and “psi trailing” for animals’ ability to find their owners in places where they have never been.

To rule out cases of mistaken identity, he only considered cases in which the animals had physical deformities, indisputable distinguishing marks, evidence of previous injuries and/or precise behavior patterns.

Anpsi is divided into seven major categories which are scientifically studied in labs and in the field. Witness accounts are gathered and scrutinized for validity.

Anpsi – Sensing a Person Is Dying

In 2007, Oscar, a cat who lived in the dementia unit of a nursing home, made national news because of his uncanny ability to predict patients’ deaths. He wasn’t a friendly cat, but, when a patient was dying, he’d sit by them.

After the thirteenth time he did this, the staff realized he was predicting death and began to call the families of dying patients to tell them their loved one’s demise was imminent. At the time when Oscar made the news, his rate of accuracy was 100%.

Dogs and cats have detected earthquakes measuring over six on the Richter Scale about three hours before they occur. Thirty percent of cats and twenty percent of dogs detected the Great Hanshin Earthquake that demolished Kobe in 1995.

Smoky Topaz, a cat, would only go into the kitchen when his owner thought about making tuna — one of his favorite foods — for dinner.

French author Alexander Dumas had a cat, Mysouff, who knew when the writer was coming home. He was allowed outside to greet his owner at the end of the street.

When Dumas was late, the cat wouldn’t jump from his “perch” at the usual time, but did when the author was on his way home.

Rusty, a cat, was left in Boston when his family moved to Chicago, 950 miles away. Eighty-three days later, the cat showed up on the family’s doorstep.

Beau Cat, who lived with his family in Louisiana, was missing when the family relocated to Texas. Five months later, he showed up in the schoolyard where the son was a student and the mother, a teacher.

There is also a story about a French cat who left home and found his owner, a recent army recruit, in his barracks after traveling seventy-five miles through the Vosges mountains.

One innovative company, A Wing and a Prayer, based in Easton, Pennsylvania, offers homing doves to celebrate wedding and other occasions.

Anpsi – Reacting to and Becoming Ghosts

This case is unusual because it involves horses reacting to the ghosts of former equine stable-mates. The Thones owned four horses, Dan, Beauty, Little Meg, Beauty’s daughter, and Tony. Meg was the first one to die.

How to Have a Lucid Dream – Wake up in a Dream