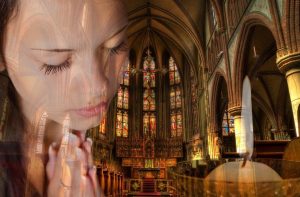 A psychiatrist from the USA Rob Wheatley studied the effect of prayer on a person’s mental state and has proved its health benefits, as well as increased self-esteem.

Scientists remind that prayer does not have strict requirements, it can be said aloud or silently, spontaneously or purely individual way. In this case, the main thing is how sincere a person is in his aspirations. Rob Wheatley had several studies on this topic.

In the first study, volunteers daily offered their prayers to God. This group of people has decreased depressive states, increased self-esteem and satisfaction with life.

In another study, a similar experiment was conducted, but with patients in a psychiatric institution. The results of the study were almost the same. Some of the volunteers reported that prayers helped them get rid of a mental disorder.

Whitley asked his colleagues and patients to pray daily, and then share the results. As a result, everyone noted that their attitude towards life became better: some fears, worries and far-fetched problems disappeared.

The psychiatrist recommends especially often praying to people who are isolated from society or are lonely.