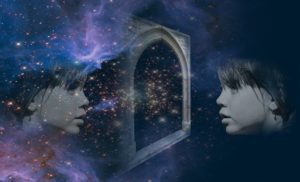 Traditionally, science has dismissed the soul as an object of human belief, or reduced it to a psychological concept that shapes our cognition of the observable natural world. But new understandings of consciousness have challenged this claim.

According to the theory, consciousness is derived from microtubules within brain cells (neurons) that are sites of quantum processing. According to Dr.

Hameroff of the University of Arizona and British physicist Sir Roger Penrosen, when the heart stops beating, the blood stops flowing, and the microtubules lose their quantum state, the quantum information in the microtubules isn’t destroyed.

So could this explain near-death experiences, or the idea of our consciousness being eternal?

They have argued that our experience of consciousness is the result of quantum gravity effects in these microtubules, a theory which they dubbed orchestrated objective reduction (Orch-OR).

Thus it is held that our souls are more than the interaction of neurons in the brain. They are in fact constructed from the very fabric of the universe – and may have existed since the beginning of time.

So yes, there is a part of your consciousness that is non-material and will live on after the death of your physical body.

Is Time Travel Possible? Current Ideas On Travel To the Future and Past