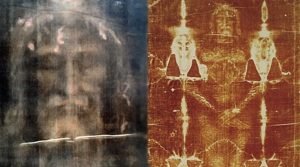 The Shroud of Turin may have originated in the first century, around the time of Jesus Christ’s death and resurrection, according to a new scientific study, reports cbn.com.

Liberato De Caro, an Italian scientist, claimed the National Catholic Register (NCR) that his fabric test revealed the Shroud to be around 2,000 years old. The finding was achieved by De Caro and his colleagues using a technique known as “Wide-Angle X-ray Scattering” (WAXS).

The shroud may be seen at Turin’s Cathedral of St. John the Baptist. It shows the image of a crucified man, and scientists and specialists have researched it for a long time to see if it may have been Jesus Christ’s burial cloth.

The recent findings by De Caro contradict a well-known 1988 carbon-dating study which suggested that the cloth is around 700 years old.

“Fabric samples are usually subject to all kinds of contamination, which cannot always be controlled and completely removed from the dated specimen,” De Caro explained to NCR.

“If the cleaning procedure of the sample is not thoroughly performed, carbon-14 dating is not reliable,” he explained.

“This may have been the case in 1988, as confirmed by experimental evidence showing that when moving from the periphery towards the center of the sheet, along the longest side, there is a significant increase in carbon-14 (radiocarbon dating).”

In addition to dating the shroud to the time of Jesus, the scientists also discovered traces of pollen on the fabric that can be found only in the Middle-East.

If confirmed, it would add further evidence that the shroud was in fact the genuine article.