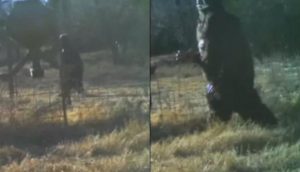 In Oklahoma, an outdoor surveillance camera captured a bigfoot. This information was tweeted by a baseball player Jordy Mercer. Some time ago, he posted some pictures that depict a strange creature.

“Anyone know what this is?” Mercer wrote. “Showed up back to back days on my deer camera!”

Detroit Tigers infielder spends quite a lot of time on his ranch, which is located in Oklahoma. There is a camera on the ranch’s territory, which was used to capture deer that roamed the area. But a few days ago, the camera recorded an incomprehensible creature.

Mercer posted two photos. Based on the footage, it seems that some sort of ape-like figure strolled casually by that camera.

Most of the users immediately assured that this is a bigfoot who freely walked around the athlete’s ranch, but no one can say exactly what the camera recorded. 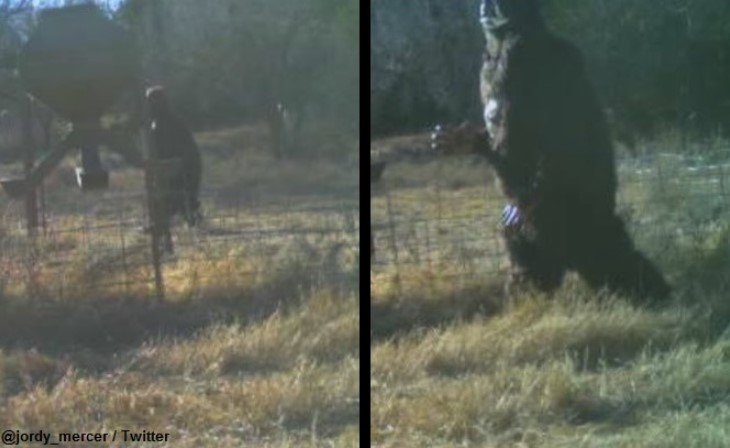 As is often the case with such photographs, the ‘Bigfoot’ could simply be a person in a costume.

Some users are sure that the creature resembles Gigantopithecus blacki. Gigantopithecus blacki is an extinct species of prehistoric apes that existed from perhaps nine million years to as recently as one hundred thousand years ago, at the same period as Homo erectus would have been dispersed.

This is a hypothetical hominid that may still have not died out.