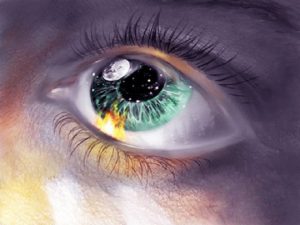 Investigators have exposed that most premonitions predict events probably to happen within a very short space of time. They believe that females are more susceptible, or at least most ready to admit having them, but premonitions can be experienced by almost anyone.

People who frequently experience premonitions can usually determine how long the time delay between the dream and the ensuing reality is. For instance, on 15th September 1981, Barbara Garwell had a dream involving the shooting of important Middle Eastern men at a stadium. She knew her premonition would take 21 days to show effect, and on the 6th of October, President Anwar Sadat was murdered at a mass commemoration.

Other versions of the phenomenon have arisen in similarly strange ways. There is a theory that mortally important events can trigger mass premonitions where many people in the affected community foresee an impending tragedy or disaster. Perhaps the most striking of these happened at the Marfa colliery in Port Talbot, Wales.

One day in 1890 over half of the miners in the town failed to turn up for work because of a general disquiet and feeling of foreboding. Some people even reported the ‘smell of death’ drifting up from the mine. In total, 87 miners went down to work that day, but a massive accident in the heart of the colliery meant none survived. A similar phenomenon was said to have been experienced by many passengers shortly before boarding the Titanic.

Without doubt, the largest modern source of premonition stories has been the World Trade Center attack on 11th September 2001. Indeed, this event alone has initiated a massive resurgence in the belief of psychic forewarnings. There have been remarkable stories of artists and creative people including the disaster in works composed before the fateful day.

Charles Burwell III, a painter and self-confessed non-psychic, composed an unusual image between spring and September 2000. The picture showed a calamity in a city of large pillars, but it caused Burwell so much distress that he did not finish it. In a similar case, intelligence agents investigated an Egyptian calendar printed in May 2001. On the page for September, the decorative picture seemed to depict a passenger plane crashing into tall buildings with Manhattan and the Statue of Liberty in the distance behind. If, as it seems, some of the hijackers were not aware of what was to unfold, it seems highly unlikely that the information was passed on to calendar manufacturers.

The case of the World Trade Center has caused many premonition investigators to ask for individual experiences in the run-up to the disaster. The British Society for Psychical Research has started a confidential website for people to log any experiences about the World Trade Center attack, or any other premonition, whether it has come to pass or not. This idea of a predictions catalogue is not new; a British Premonitions Bureau was originally set up in 1957.

In the first year, over a thousand premonitions were filed, and although they had some proven forewarnings, the bureau was shut down within a few years. The concept does throw up some interesting logical questions. Those who promote it say that if people logged their ideas, and the public took notice, it could help avoid terrible disasters. If all warnings were heeded, and we all stayed at home, all of the time, there would certainly be no terrible accidents. But we would also never know how accurate any premonitions actually were.

Many doubts about the integrity of premonitions are based on explanations of logic. Numerous experts believe a fair proportion of premonitions are created by environment, custom, people’s nature and probable possibilities. Instinct, intuition and common sense can be just as effective as mystical messages. Other theories state that sheer chance suggests many realistic dreams will come true, at least in part at some point in time.

Dr Richard Wiseman advanced a theory which stated that, if somebody dreams about a plane crash and they then look hard enough, within a reasonably short space of time a suitably similar event will appear in the media. Air crash experts, however, dispute this and point to the overall low number of fatal passenger airline incidents.

Like many mysteries, people can interpret events in whatever way suits them, but there are still some impressive cases of premonitions. If only we could be warned before the event, then many sceptics would be truly silenced.