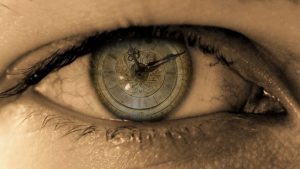 The ability to predict the outcome of an event through a vision or dream, otherwise known as a premonition, is among the most ancient and widespread of human activities. It crosses so many different cultures involving so many different time periods that it might even be be considered synonymous with the word human.

From tribal shamanistic predictions of the success of a hunt, to a person foreseeing a plane crash, premonitions are seen in all levels of society and still happen abundantly in the modern world. They have even served to shape western civilization, and the ranks of the prophetic include everyone from emperors and popes to the common man.

Constantine I “The Great”, Emperor of Rome from 307 to 337 A.D. inherited a troubled empire. Plagued with typical leadership struggles, Rome was also suffering from rebellion, war and increasing weakness. In the conflicts of the tetrarchy, or four emperor system, Constantine was able to maintain a level of neutrality that eventually put him in a position to gain power over the entire empire. But he would have to fight for it. On October 28, 312 A.D. Emperor Constantine met Emperor Maxentius at the Milvian Bridge crossing the Tiber River outside the walls of Rome and fought a battle colored on both sides by the supernatural.

Maxentius had prepared Rome for a lengthy seige, filling it with stores of food and fortifying it to the point that he should have been able to resist Constantine’s attack indefinately. This tactic had already served him well against two other contenders for the imperial throne. At the last moment, however, following a seemingly good omen that the battle would take place on the anniversary of his accession, Maxentius chose to meet Constantine in open battle. One could say that this stands as a fine example of why one should not pay attention to omens.

Constantine, on the other hand, recieved something much stronger than an omen. On October 27, the day before the battle, he looked to the sky and saw the chi rho symbol emblazoned in light above the sun along with the words “By this sign, you shall conquer” written in greek. Later that evening, in a dream, Christ appeared to him and explained that the symbol should be painted on his shields and standards, and with that he would achieve victory. He did as instructed, and victory was his. He continued to use the symbol on the standards of his solders during his battles with yet another emperor, Licinius, until Constantine would eventually become sole Emperor of the Roman Empire. The symbol is still in widespread use today, particularly in Roman Catholicism.

The Vision of Pope Pius V and the Battle of Lepanto

On October 7, 1571 Pope Pius V, during a meeting with a group of cardinals, abruptly stood up and opened a window before staring motionlessly outside. Some time later, he turned, dissolved the meeting and ordered everyone present to give thanks to God for the victory of the Christian fleet against the Turks. No one knew what he was talking about, and needless to say the incident was so unexpected that the Vatican treasurer noted it in the minutes of the meeting.

Two weeks later, word came to Rome that a combined fleet of Italian and Maltese ships commanded by Don Juan of Austria had triumphed over the Turks at the battle of Lepanto. One of the largest naval battles in history, it happened precisely at the date and time of the Pope’s vision. One wonders if anyone bothered to tell him, since he apparently already knew.

Alessandro di Cagliostro was a rather flamboyant 18th century prophet. Hated by the Catholic Church, imprisoned by the French for fraud, and temerarious enough to give himself the title of Count, Cagliostro is normally the type of man to disregard as a charlatan. Except that he was often right, particularly when talking about the future French revolution. At a masonic meeting in Paris before the revolution, Cagliostro delighted his listeners with predictions about France using a form of numerology involving numbers associated with letters in names. He predicted the death of Louis XVI, and claimed this would happen before August 23, 1793. He predicted that Marie Antoinette would waste in prison before being beheaded. He predicted that the Princesse de Lamballe would escape imprisonment and the guillotene, but die on the Rue des Ballets.

The prediction was true, she died at that very place, cut to pieces by a mob after being released from prison. All of the other predictions also came true, and when asked about the end of the revolution, he consulted the numbers again and said that a Corsican would be elected and would take the powers of the King, but with a new title. When asked his name, he replied that it would be Napoleon Bonaparte.

In 1812 Napoleon pressed a campaign into Russia that would ultimately prove disasterous for the Grand Army of France. Initially, things went well, but the turning point began outside a small village called Borodino. Absent was Napoleon’s typical military genius, seemingly due to a fever that he was suffering from, and the battle evolved into a very expensive affair estimated to have cost the lives of 30,000 French and 45,000 Russians.

In the end, the Tsar’s forces retreated, allowing Napoleon to take Moscow but this would be the last battle where the French were on the offensive. Before the battle, the wife of Russian general Count Toutschkoff had been the recipient of a recurring dream in which she saw herself at an inn, where her father and small son stood before her and told her that her husband had fallen at Borodino. She told her husband, and they frantically looked for the town on a map, which they could not find. Soon after, staying in an inn some miles from the battlefield at Borodino, her dream became reality exactly as it had been in her dream.

King Henry IV of England thought he would die in battle. A zealous crusader, he dreamed of conquering the holy land and returning it to christian control. Affairs at home delayed his crusade, however a prophecy made to him years earlier claimed that he would die in Jerusalem, a prediction which he took very seriously. Extremely ill through most of his reign, he defiantly told those around him that he couldn’t die in England, as he still had not yet set foot in Jerusalem. As his health declined and death seemed near, he was brought to a room in the home of the Abbot of Westminster. He asked if the room in which he lay had a name. He was told that it was called the Jerusalem chamber, after which he promptly died.

Shakespeare made the Jerusalem prophecy famous in his play “Henry IV” , but more recently historical events foretold by obscure prophecy would be brought into the public eye by Mel Gibson, in his film “Apocalypto”. While not the most historically accurate film, it does detail some of the events that would lead to the final fall of the Central American civilizations, including that of the Aztecs. The Aztec Emperor Montezuma was himself an astrologer, and very in tune with prophecy. Prophesies about the end of their world had existed for centuries, some of them telling of men in strange armor with white beards who would destroy them.

Another King, Nezahualcoyotl, had prophesized years before the arrival of the Spanish that tribulation and the destruction of the old order would soon come, heralded by omens. Montezuma may have taken all of this too seriously, as some claim that he believed that Cortes’ arrival in 1519 was the return of Quetzacoatl, a god linked to astrology. The predicted catastrophes were fullfilled as famine ravaged the land.

A ceremony designed to light a new fire at the beginning of a new cycle of time, perhaps with the hope of starting over, was disrupted by the worst type of portent; a solar eclipse. An earthquake followed, and then a prominent meteorite was seen to fall. Montezuma himself had a vision of men conquering his lands who were riding deer. Perhaps he was really seeing horses which he had never seen before. Then a comet hung in the skies over the Aztec capital of Tenochtitlan, and finally came the arrival of Spanish who would destroy their civilization.

History is full of visions and prophecies that seem to have accurately foretold the future. Some may be folktales, invented after the fact to embellish a story, but some are much more difficult to explain. Either way, they are fascinating reminders that prophecy and humanity go hand in hand.