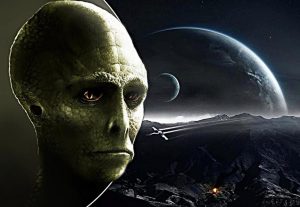 Super-Earth LP 890-9, discovered by astronomers, was named the second candidate among the most promising exoplanets in terms of the likelihood of life. Planet is 114 light years from Earth.

The new object is located in the habitable zone of a quiet red dwarf. That is, this planet revolves around its star under conditions of acceptable temperatures.

There is a significant possibility of water in liquid form, and therefore life. The researchers published their findings in the journal Astronomy & Astrophysics.

The object was found by the transit method, that is, by the light fluctuations in the radiation of the native star at the moments of the passage of LP 890-9 between its luminary and us.

An international team of scientists has identified two potentially life-bearing planets in the ultracold dwarf LP 890-9 (TOI-4306). The second one was considered the most promising, the one that is somewhat further from the star, with a circulation period of 8.5 Earth days.

Although both exoplanets are much closer to their parent star than our Mercury is to the sun, they do not experience excess heat. Since the temperature of the red dwarf itself is less than 2900 kelvin, that is, half that of the sun. And in size, it is six and a half times smaller than our native star.

Recall that astronomers still consider the Trappist-1 system (39 light years from us) to be the most encouraging. There, around an ultracold dwarf, they immediately found seven very promising planets with large volumes of water and acceptable atmospheric indicators.

The detected objects are convenient for observation, which can be carried out by the James Webb telescope.

Scientist found a simple explanation for the Bigfoot phenomenon