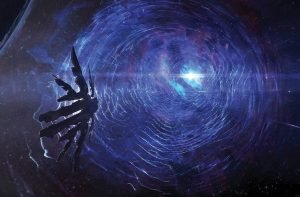 Science has long been interested in the so-called wormholes. These are tunnels in space-time, giving, so far only theoretically, the possibility of instantaneous movement between galaxies.

Recently, for the first time, it turned out that in our Galaxy there is an object similar to a wormhole. It is located at a distance of 1566 light years from us, by space standards within easy reach.

Portals between universes or galaxies are theoretically possible, their existence does not contradict the laws of physics. Albert Einstein and Nathan Rosen stated this back in the 1930s.

Later, several theories appeared, in their own way explaining the likelihood of such travel using the so-called wormholes.

One such hypothesis compares a wormhole and a black hole. The entrances to them as a region of powerful gravity are very similar. Based on this analogy, scientists hope that tunnels in space-time can be detected, including using the Event Horizon Telescope (EHT), the main purpose of which is to observe black holes.

EHT is a complex of radio telescopes located in different parts of the world. With his help, several discoveries have already been made, last year he found a black hole in the center of our native galaxy

In general, there are supposedly millions of such black holes in the Milky Way, and most importantly, some of them are potentially the mouths of wormholes.

Astrophysicists in the United States and Germany recently discovered the first such object. This is Gaia BH1, an object ten times the size of the Sun, located 1566 light-years from Earth. 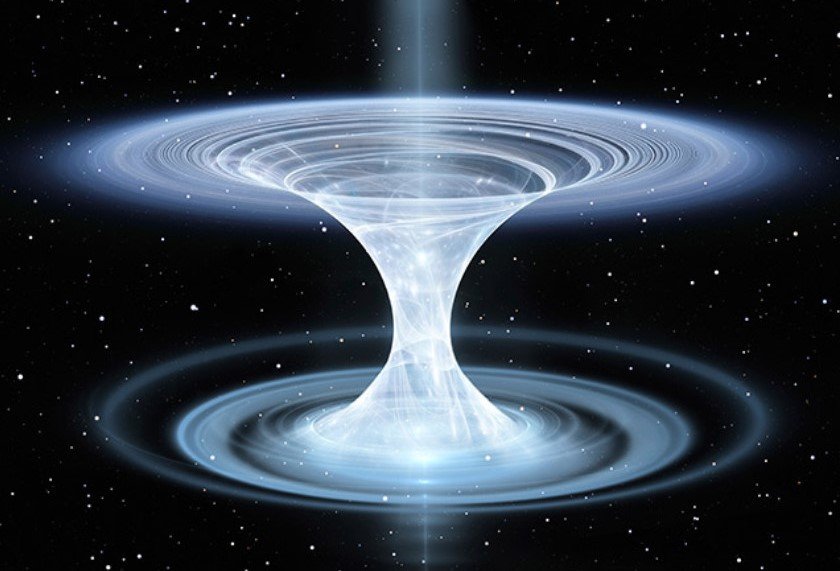 Gaia BH1 has a Sun-like star orbiting it. Usually, in such binary systems, the black hole is “fed” by the star, simultaneously emitting powerful X-rays. But this black hole does not attract matter to itself and does not radiate anything. Astronomers conventionally call such mysterious objects “sleeping” black holes. They have never before been found in our galaxy.

This is either a “sleeping” black hole, or a perfectly suitable candidate for the “role” of a wormhole. The discovery was made possible by the highly functional Gaia space telescope and the ground-based Gemini telescopes.

Traditionally, a classical wormhole is represented as a three-dimensional tube in a curved two-dimensional space. This does not contradict general relativity, but most scientists believe that such tunnels are only stable if they are filled with exotic matter of negative energy density, which creates a strong gravitational repulsion and prevents the cavity from collapsing.

However, there are also other opinions. For example, Pascal Koiran, professor of computer science at Ecole Normale Superieure of Lyon, published calculations according to which exotic matter is not needed to pass through the wormhole at the level of elementary particles.

You may feel as if you are being transported from one place to another without actually moving. As you move through the wormhole, you could experience changes in gravity or shifts in the space-time continuum.

The inside of the tunnel may appear to be made out of strange and exotic particles, with colors and shapes that seem out of this world. In some cases, the tunnel may even be filled with a mysterious form of energy that seems to be alive.

Wormholes were and remain today the only chance for interstellar flights. So scientists will continue their research, no matter how fantastic they may seem.

Our Universe Could be One of Many