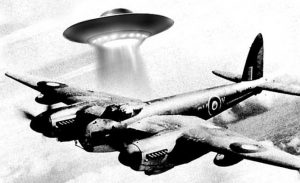 German U-boats were sighted in several places along the Atlantic coast, including off the North Carolina, South Carolina and the Georgia coasts.

As for the Pacific coast, Pearl Harbor suffered a tremendous blow and a few Japanese balloon bombs landed in California and Oregon but didn’t produce much damage. Americans were on the alert, watching skies across the country.

Everyone continued to watch the sky after the war’s end, afraid now about an aerial assault from the USSR. The post-WWII cold war was on. Many knew that the German scientists had worked on top-secret weapons, aircraft and other technology during the war.

Some of them fled to the USSR and others came to the States, but the average citizen was suspicious of anything-German. These people were the enemy; why were they here with us; and what were they doing?

Hitler claimed to have a powerful alien-UFO connection that provided Germany with the advanced technology required to build advanced aircraft and weapons including a possible Doomsday Device.

Hitler’s ultimate plan, in case of defeat, was to shoot the device directly into the earth’s core. It would explode the entire planet into a shower of asteroids and meteors. There would be no survivors. 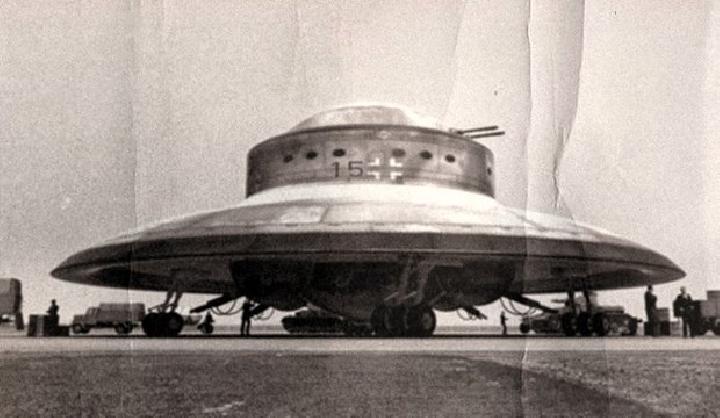 During the war, observers in Europe, POW’s in German camps and others saw the Germans building and testing saucer-like aircraft. The Germans said that aliens had given them the blue prints to design and build these circular flying-machines. It seemed as if Germany had been very close to achieving some terrible inventions, if only they could do it before the war’s end.

Then a couple of years after the war, in 1947, credible people in the US began noticing flying saucers in the sky. Some investigators thought that the craft did not come from the USSR but possibly from another planet. An Air Force unit at Wright Field near Dayton, Ohio worked on Project Sign, aka Project Saucer.

Their final report “Estimate of the Situation,” hinted at an extraterrestrial explanation for the sightings and sent it to General Hoyt. S. Vandenberg, the Air Force Chief of Staff. He immediately rejected it and shut down the program with the explanation that there was no evidence to support their extraterrestrial conclusion.

But the public was not satisfied. The Air Force put Project Grudge in place. Its purpose was to wind up the current investigations, assure the citizens that everything was under control and most importantly, terminate the flying saucer hysteria for good.

The final report asserted that the observers had only seen high altitude balloons, and mis-identified natural phenomena such as meteors, planets and flocks of birds. With this final word, Project Grudge shut down.

But it was not over. The reports kept on coming. Now the Air Force sent out investigators who displayed a bit of attitude to the witnesses during the interviews and tension ensued. This is the genesis of the Men In Black (MIB) stories. 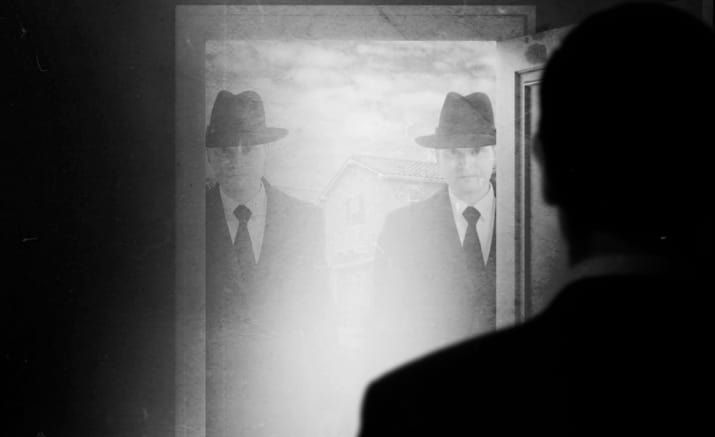 The investigators dressed in black, drove the shiny black cars, affected strange mannerisms and had the power to check out the backgrounds of the witnesses in detail. The strangers dug deep into backgrounds, checked police and FBI files, and interviewed their friends, family and fellow employees.

Any witnesses to an unusual object or light in the sky found themselves harassed by the MIB. The Men in Black informed them that they were under official suspicion for high crimes, including possibly treason and that their every move would be monitored.

The American citizenry was scared and angry, but they spoke out loudly. They announced that the Air Force investigators were incompetent and were probably engaged in a massive cover-up employed by the US government. This was the government behavior in the late 1940s and 50’s that initiated the American distrust of their government.

Meanwhile UFO sightings continued and the reports increased. In 1952, Project Blue Book was initiated to keep track of the sightings, the witnesses and the official government explanations for each incident.

By the late 60s, the government again concluded that there were no alien aircraft in the skies and shut the program down in 1969.

The film was released in 1996, starring Will Smith and Jeff Goldblum. Its first scenes showed the President of the US as he was escorted to a secret laboratory where he sees the remains of a saucer that crashed in the 1950’s.

He also sees the preserved remains of the aliens that were aboard the crashed vehicle. The plot suggested that there might be a group in the US government assigned to keep UFO knowledge secret and silent.

It is interesting that during the late 60s, Senator Barry Goldwater insisted on performing his own investigation of the government UFO records. He was denied access to any material.

The question is still out there, but seems unlikely to be answered–at least, not in the near future.