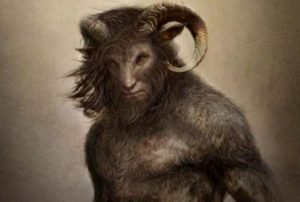 According to legend, there exists a creature who is half-man, half-goat, living in the woods outside of Louisville, Kentucky. Locals call it the Pope Lick Monster, for it guards the Pope Lick train trestle with an array of supernatural powers including the ability to mimic, hypnotize and scramble the minds of its victims.

In my previous article, Hunt for Pope Lick Monster, I explored how the Goatman may have been the product of government genetic testing gone haywire. Certainly an intriguing notion, and one not without merit, considering the strange animal hybrids we’ve already created in our labs, like the Tigon, Liger, Zonkey, Beefalo and the glow-in-the-dark kitty.

Then of course, there are those weird creatures that periodically wash up on our shores, or run through fields, not yet identified, like the Montauk Monster, Chupacabre, and South Africa’s own sheep baby “sent by the devil.” Lord only knows what other monstrosities they’re cooking up behind locked doors.

The main stumbling block to this theory is the lack of hard physical evidence. The body of a half-man, half-goat hybrid has yet to be discovered, and in this regards, the Goatman shares much in common with other “Cryptids,” like the Loch Ness Monster, Mothman and Bigfoot.

Indeed, it is the aim of cryptozoologists to prove the existence of entities from folklore, with or without scientific proof or method. It is this unorthodox approach that has the academic world relegating the entire field of cryptozoology to the “pseudoscience” bin. No problem, the cryptozoologists have in turn rejected mainstream science as off base, inaccurate, and/or politically motivated.

Unlike Bigfoot, who at the very least, has provided us with some, albeit flimsy, physical evidence – a grainy film here, an oversized foot print in the mud there – the Goatman has not been so obliging. He has been as elusive as the veritable ghost, and perhaps for good reason – the Goatman is a ghost. 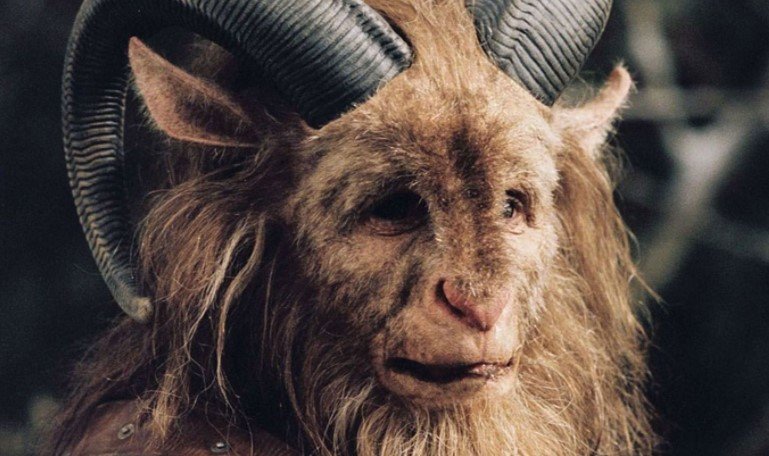 What’s that you say? A ghost? Indeed. That is the theory presently under consideration. We can say with almost complete certainty that there is no Goatman, in the physical sense, but what if we are dealing with something more “supernatural” than physical? Perhaps, but proving such a thing offers its own unique challenges.

Where to begin? Last spring, I went to Kentucky with the Brooklyn Paranormal Society to investigate this Pope Lick Monster. Being professional ghost hunters, these folks carried with them all the latest tech used for hunting disembodied spirits.

We got to work in the grassy field underneath the trestle itself, where numerous victims had fallen to their death, during their ill-fated attempts to find the Goatman.

Anthony Long, President of BKPS, began the proceedings by asking the Ghost Hunter M2 app, “What are we standing on?” The app features an EVP instrument which presents words, in both visual and audio format, based on advanced and proprietary algorithm.

After a few moments, the word “Grass” appeared on the app’s screen. It was a hit. We were all quite surprised at that. Usually, the app generates a random word that seems to have absolutely no bearing on the circumstances.

Anthony tried again. “How old are you?” The word “Twenty” appeared on the screen. Could it have been the spirit of Roquel Bain reaching out to us? Bain died the previous year while searching for the Pope Lick Monster, after she tragically fell to her death right at the spot we were presently standing on.

Bain was 26 at the time of her death. That’s pretty close if not quite on the nose. If it was a spirit communicating to us from beyond the veil, then it may have been her, or maybe, it was someone, or something, else.

“The Dark and Bloody Ground”

p>Kentucky has a dark tragic history that has tainted the land with blood and misery, so if you’re looking for ghosts, you need to go no further.

The killing and dying goes back centuries, encompassing many bloody battles from the American Civil War, American Revolutionary War and the French and Indian War. Particularly horrific were the battles between the white European settlers and the Native American Indians.

Consider, if you will, that the Indian population numbered upwards to 15 million in North America when Columbus arrived in 1492, with fewer than 238,000 remaining by the late 19th century. Much of this killing took place in Kentucky.

But, it turns out, the land was evil even before that. Long before European settlers made their way into the valleys of the Ohio and Mississippi rivers, where present day Kentucky is located, the natives called it “The Dark and Bloody Ground.”

They believed it was not suitable for human habitation, and for this reason, no Indian villages were found in Kentucky. The lodges closest to Kentucky, including the Cherokees, Chickasaws, Catawbas, Shawnees and Wayondots, had a tacit agreement – that Kentucky would be used only for hunting and warfare. This made it a violent, blood drenched land to be sure.

So what spooked the Indians so much that they would forever give up prime real estate which included dense forests and lush prairies? The reason lies in the ancient earthworks, mounds and relics found throughout the region, which attests to a prehistoric race and civilization far in advance of the native American Indians themselves.

Our history books tell us that the native Indians were the original inhabitants of this land but the Indians themselves told the white settlers that there was a powerful and advanced race that came before them. This was recorded in numerous history books dating back to the 1800s, and the copper utensils and geometry displayed in the mound-works give evidence to that claim.

The Indians spoke of a great war between them and this advanced race, which the Indians, after much sacrifice, ultimately won. Nonetheless, the Indians believed that the spirits of this once mighty race still lingered upon the places of their sepulture, which included present day Kentucky.

The Europeans ignored the Indians admonitions to avoid such places, taking no interest in matters of the afterlife. What did the Indians know about evil spirits? Apparently, quite a lot, some of which may have direct baring on our discussion of the Goatman. Consider the following parallels between two evil spirits and the Goatman.

The Navaho Nation has a legend pertaining to the terrifying Skin-walker. According to Indian lore, these Skin-walkers were once shamans and powerful witches who, through magical means, acquired supernatural powers including the ability to shape-shift into animals, such as bears, wolves, cougars and other beasts, including half-animal, half-human abominations.

They were also known to have the ability to move very fast as well as to read minds, instill fear, sow confusion, hypnotize and mesmerize victims. The grave rituals and taboos committed to acquire this status of the Skin-walker condemned these sorcerers to a life of endless wandering and stalking victims.

Consider another demonic spirit, the Wendigo, rooted in Algonquin-based Native American folklore. Here is a zombie-like entity, described as strikingly tall, haggard, skeletal and topped by a stag skull head with antlers. The creature was supposedly once human, but transformed into a Wendigo after consuming human flesh.

The beast is said to posses supernatural powers, including the ability to move very fast, hypnotize and mimic voices to lure victims into the wilderness where they become easy prey for the insatiable hunger of the Wendigo.

Much of the description of the Skin-walker and Wendigo could apply to our present day Goatman as well, but where did that leave us in the hunt for the Pope Lick Monster? And what of our findings beneath the trestle? “It’s intriguing,” Long said. “We picked up something on the apps, but not enough to draw any conclusions from.

We’re going to have to go back to Pope Lick trestle, at midnight.” Midnight was, of course, when the Goatman allegedly stalks the trestle. But were we willing to trudge through tall grass and swampland in the middle of the night, just to summon an evil Goatman?