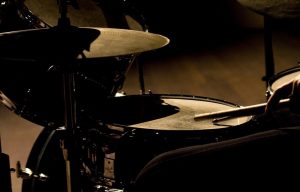 This case is exceptionally intriguing because a living person claimed to be the cause of the eerie manifestations. Reason: the head of the family confiscated his drum.

In 1661, a drummer repeatedly disturbed the peace in Tedworth, Wiltshire, England, by constantly beating his drum. According to some accounts, he was William Drury; according to others, his name was unknown. John Mompesson filed a complaint, had the man jailed and confiscated the instrument.

The drummer convinced the constable to release him and left town. A bailiff sent the drum to Mompesson. This was the beginning of intense poltergeist activity which would constantly plague the family for about two years.

The sounds of drumming were the first sign something paranormal was happening. They were, at first, heard outside the house, then in the room where the drum was kept. The continual noises lasted for days, then stopped briefly, only to start again. Soon, the drumming was accompanied by other phenomena: objects moved and were hurled at people, terrible stenches invaded the house, disembodied voices and animal noises resounded, doors opened and slammed shut, children and servants saw ghostly figures.

One day servant woke to see a dark form with eyes that glowed red staring at him from the bottom of this bed. It quickly disappeared. The family scattered ashes on floors to try to capture the culprit. The next day, they found claw marks, circles and unknown letters etched into them.

The strange occurrences couldn’t be kept quiet. Some of the pious believed the family was being punished for wicked deeds. Skeptics mocked them. The Mompessons were gossiped about.

The Reverend Joseph Glanvil heard about the phantom drummer and visited the family to investigate. He recorded witnesses’ recollections. Glanvil heard animal sounds by the children’s beds. He believed that there was a spirit was responsible for the occurrences.

A Strange Admission from the Drummer

Drury, AKA the anonymous drummer, was arrested again for stealing. While he was in Gloucester Gaol in 1663, he said he caused the poltergeist activity in Tedworth because Mompesson confiscated his drum and would continue to cause disturbances until there was redress.

The drummer was tried for witchcraft. He was lucky that his sentence was for him to leave the region. Witch hunts, trials, persecutions and killing those suspected of practicing the craft peaked in England during the 1600s.

The man, despite the lenient penalty, periodically returned to Wiltshire. When he did, the Mompessons were, again, plagued by the poltergeist.

Legend, hoax or reality? One has to consider the historical, psychological, sociological and religious influences operating at the time. In the 1600s, it was believed that demons and those who practiced witchcraft caused poltergeist activity. Does it make sense the drummer would confess he caused the activity?

Research indicates the information about the poltergeist is primarily obtained from a book Glanvil wrote, Sadiucismus Triumphatus, in 1661, republished in 1689.

While the phenomena in Tedworth have been documented by parapsychologists in modern cases, there appears to be no modern case that involved all of its varied and intensive activity.

Could it be that there was authentic activity, but the witnesses’ and Glanvil’s figments of the imagination were also recorded, adding to the terror caused by the poltergeist?