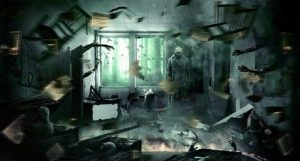 The Guinness Book of Records for some time used to include a section for “most durable ghosts”, among those listed was a poltergeist known as “Donald” or “Spooky Willie” who was and is the only known paranormal entity to have written and sent letters to the living.

It did this through the possession of a 15 year old girl named Shirley Hitchings who in 1956 lived in the community of Battersea in South London. Introducing the Poltergeist Girl of Battersea…

You can find the poltergeist known as “Donald” or “Spooky Willie” by looking up either “Eland Road Poltergeist” or “Battersea Poltergeist”, but each will tell a very different story as Donald has plagued more than one family living in the home at 8 Eland Road.

The first of these was in 1928 when 86 year old Henry Robinson was the sole occupant. An invisible entity began harassing him in all the usual ways that one would expect from a poltergeist, including tipping over dressers, smashing windows, and just generally being violent and aggressive.

Henry Robinson was invalid and completely incapable of opening his dresser let alone tipping it over. Mr. Robinson had lived in the home on his own with common visits from his sister for 25 peaceful years prior to these events.

They began without warning and as far as could be discerned, without cause, and lasted only three months before stopping completely. In those three months the actions of the Eland Road Poltergeist were witnessed by more than a dozen people, including a police constable who had chunks of coal thrown at him by an invisible force.

Spooky Willie would remain silent for twenty eight years following Henry Robinson’s experiences with the entity, until what was described as an “ocean of mailed correspondence” began flowing from the home of Shirley Hitchings at 8 Eland Road.

In cases of possession what is first looked toward for evidence is the victim’s ability to speak in languages unknown to them. Despite that the communications were in written form and in English, this is still the case with the poltergeist’s possession of Shirley Hitchings.

The letters were written in a form of English which drew heavily on French influences and hasn’t been in use since the time of Louis XVI. What’s stranger is that the letters were not signed “Donald”, but were signed Louis Capet, who was in fact the second son of Louis XVI.

Those that were aware of and still followed Henry Robinson’s ordeal were stunned and left without the slightest theory as to how the home and location of one of England’s most notable poltergeists could now be the seat of an entity exhibiting an entirely different demeanor and calling itself by a name never before mentioned.

Recipients of these letters ranged from random people no longer present at the addresses mailed to, to current dignitaries, and even included Lord Brabazon, the first Englishman to pilot a heavier-than-air machine.

The content or subject matter varied so wildly it would be impossible to summarize all of the letters. Many were simple meanderings, while others were demands and pleas for recognition, but without any description as to what one should recognize.

The letters continued to be sent for three years, but within the first year another phenomenon began. One night in 1956 Shirley Hitchings’s bed burst into flames while she was asleep, miraculously Shirley was not so much as singed. 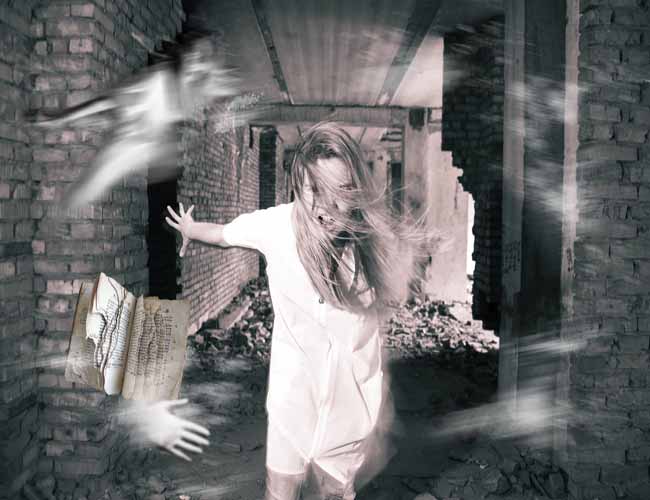 Taking the reasonable precautions, Shirley’s father, Mr. Hitchings removed all matches and other instruments for the lighting of fires from the home. When a cloth was left on a heated grill and lit fire he then kept all appliances unplugged. That did not help. The family’s crock-pot over heated and lit on fire while unplugged and not in use.

Shirley never commented on or explained the fires and in fact generally was unaware of what might be causing them paranormal or otherwise, but four months into the outbreaks she would stun those following the case further by stating that the poltergeist, which she named as “Donny” was her boyfriend.

Her father, Mr. Hitchens, who was no doubt going a bit crazy by this point gave in to friends and family’s demands to hire spiritualist Harry Hanks in an attempt to rid Shirley and the house of “Donny”. It appeared to have worked as the strange phenomenon, the fires, all of it ended that night, except for the letters which would continue for another three years.

Nobody actually witnessed Shirley, “the Poltergeist Girl of Battersea” writing or mailing the letters, which was odd in and of itself, but they were written in her hand writing. There are so many possibilities as to what was happening at 8 Eland Road.

It could have been one entity claiming to be two, or that the home is haunted by two distinct entities, or even that Shirley Hitchens was a powerful medium channeling the spirit of Louis Capet while the poltergeist of Donny haunted the home.

This is the reason that to this day the “Eland Road Poltergeist” and “Battersea Poltergeist” are one of the most studied historical hauntings.