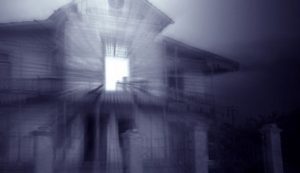 This was the first poltergeist case that used scientific experiments to determine its nature and was done by parapsychologists William G. Roll and J. Gaither Pratt.

Julio began working at the warehouse of a the Tropican Arts, a wholesaler of novelties. The events began in late 1966 or early 1967 soon after he started. Objects were breaking. Boxes spilled and moved by themselves.

Initially, shipping clerks were blamed for being careless. In January, manager Alvin Laubheim contacted the police. When an officer arrived, the manager told him what was happening.

The poltergeist cooperated. The policeman witnessed some of the activity. The media publicized the events which attracted the attention of William Roll and J. Gaither Pratt.

Roll suspected Julio, age, 19, was a human agent poltergeist, HAP. The phenomena only happened when Julio was nearby. It was most extreme when the man was upset. He admitted that he enjoyed it when things broke, but denied that he was responsible.

Objects did not move when the parapsychologists tried to film activity and it decreased when Roll was present which is common for the HAP to do when a paranormal investigator is nearby.

Roll and Pratt checked the boxes to ensure that vibrations or bumping into them did not cause the phenomena. Roll placed books in front of some glasses on a shelf. They heard a crash.

When they checked the newly broken glasses, the books had not been disturbed which pointed to the items rising before smashing. Roll noted that the farther objects were from Julio, the more distance they moved.

Julio agreed to take psychological and personality tests. There is a psychological profile for HAPs. This consists of unpleasant emotions including guilt, rejection, feeling unworthy, desolated and not being appreciated.

Julio admitted he did not like his boss and that he was upset because his mother was trying to make him leave home. He had nightmares and suicidal ideation.

Psychoanalyst and parapsychologist, Dr. Nandor Fodor was the pioneer in researching the relationship between poltergeist manifestations and the psychological. Roll and Pratt continued his work.

In late January, someone broke into the warehouse, stole petty cash and some items. Julio admitted he did this. No charges were pressed. The police officer involved said Julio stated he caused the poltergeist phenomena by trickery, using thread to create the movement, but the sergeant had not investigated the phenomena. Both parapsychologists doubted that chicanery was used.

Julio stole a ring from a jewelry store and spent six months in jail. After he was released, Roll tried to convince him to be tested for ESP and PK, psychokinesis, the ability of the mind to influence objects.

In the beginning, he refused, but later changed his mind. He scored significantly high for PK ability, but not for ESP. He said that he had some control over the PK.

This case tends to support the theory that, in some cases, poltergeist phenomena is due to unpleasant emotions and recurrent subconscious psychokinesis, RSPK, a term coined by Roll.