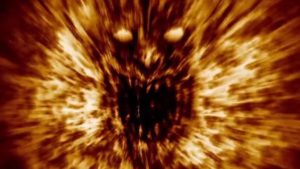 On February 13, officers were called upon to investigate a very strange incident in Pueblo, Colorado, reports boingboing.net.

The baffling event that took place about 3:30 a.m. saw workers at a local branch of McDonald’s call the emergency services after being spooked by ‘demonic sounds’.

The sounds, described as a “strange language” along with a terrifying “barking” came from an unidentified “screaming woman”, according to the report

The incident shaken the employees so much that they refused to leave the building until tomorrow morning.

A group of three officers investigated the scene and conducted an extensive search of the area but were unable to identify who or what had produced the sounds despite their best efforts.

However, without any definitive explanation, the case remains unsolved.

they said they wouldn’t be going back outside their building until after the sun came up. Three officers searched the area, but didn’t come up with the source of the disturbance.