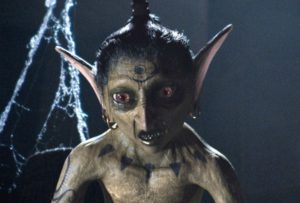 Zimbabwe and Goblins are practically the same classic duo as Puerto Rico and Chupacabra or Scotland and Nessie. Everything strange, unusual and mystical in Zimbabwe (South Africa) is attributed to goblins – supernatural beings, often invisible, who adore to mischief people.

Recently in Zimbabwe, there was a case that is difficult to give a logical explanation. It seems that the two Zimbabwean police officers did indeed see some very unusual creatures that frightened them greatly.

It happened in the city of Det, which is 300 km northwest of Bulawayo, the second largest city in Zimbabwe. According to the local website bmetro.co.zw, events revolved around a controversial businessman named Sanderson Bloom Shamuyashe, who owned a mill in the city’s business center.

This businessman was first accused by his neighbors from the village of having dug up the grave of his wife’s relative, and then of killing two dogs that entered his house. Moreover, the death of dogs is listed as mysterious.

The indignant villagers called the police to search Shamuyasha’s house and find out how and with what he killed their dogs. It had to be some kind of special poison.

Two police officers came to the call, they entered the house of Shamuyasha, found a suspicious suitcase there and decided to open it.

But as soon as they did this, they fled in horror, as they saw two strange creatures in the suitcase, which they called “goblins”. Several neighbors who accompanied the police witnessed this scene. According to their stories, the police ran away as quickly as if they feared for their lives.

Shamuyasha himself strongly denies his involvement in the excavation of the grave, as well as the goblins in his home. He was also very offended that the head of his village ordered him to leave the community, calling him a sorcerer.