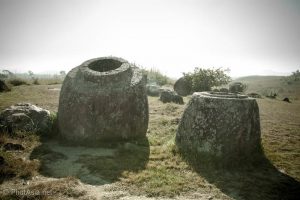 Located deep within the mountain ranges of northern Laos, the Plain of Jars is a sight to behold for tourists who want to get a glimpse of a long-forgotten civilization.

An extensive archaeological landscape featuring thousands of pre-historic stone jars, the site is Southeast Asia’s answer to the famous Stonehenge of England. What could have been these jars’ purpose remains a mystery up to this day.

Nevertheless, there is a prevailing enigmatic charm that draws many foreign visitors to the place which may have been an ancient sanctuary for the deceased.

Not Just Your Ordinary Jars

Scattered over the hills and slopes like a band of humongous mushrooms, the megalithic stone jars cover the majority of the picturesque Xieng Khouang plateau. These structures were built in clusters and were later divided geographically into more than 90 sites across the highland’s namesake province.

If number is of any significance, the whole archaeological landscape can easily be regarded as the largest outdoor museum for such prehistoric stone jars. Each site is a home to no less than a hundred jars, all of which have been fashioned out of heavy quarry rocks. 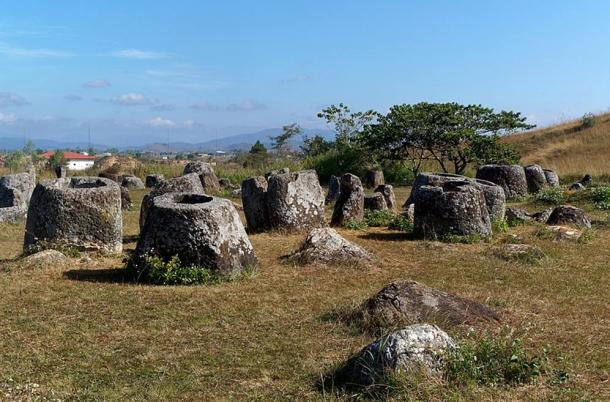 Archeologists have established these man-made structures to be around 2,000 years old. The results of the excavations in the area suggest that they have been there since the Iron Age as the people who built the jars were presumed to have been skillful with the tools that were available to them at the time.

The types of rock that these ancient people used include sandstone, limestone, and granite.

Interestingly, despite the seemingly daunting task, the builders were able to make jars out of those boulders. It is still under debate whether they chiseled the stones or used other techniques in manufacturing the urns.

Regardless of the circumstances in which they have been made, almost all of the jars share some common characteristics. Each stone jar measures about 1 to 3 meters in height and radius though there are several urns which are big enough to hold a human body standing upright.

Many of the jars have been designed with lip rims. Using the few recovered lids from various sites, archaeologists assumed that most of the urns did have some form of cover. However, since the number of the salvaged lids is very small, researchers theorized that the builders made the covers out of perishable materials.

Although the findings from the series of excavations seem to corroborate the archaeologists’ theories, there is no solid evidence yet to prove their claims regarding the actual purpose of the stone jars in Xieng Khouang. What is certain to many is that these urns have somehow been used in burial practices dating back to two thousand years ago.

The theory that the whole archaeological site was once an ancient graveyard was originally conceived by French archaeologist Madeleine Colani. In 1930, she conducted an excavation of a natural cave located in Site 1. 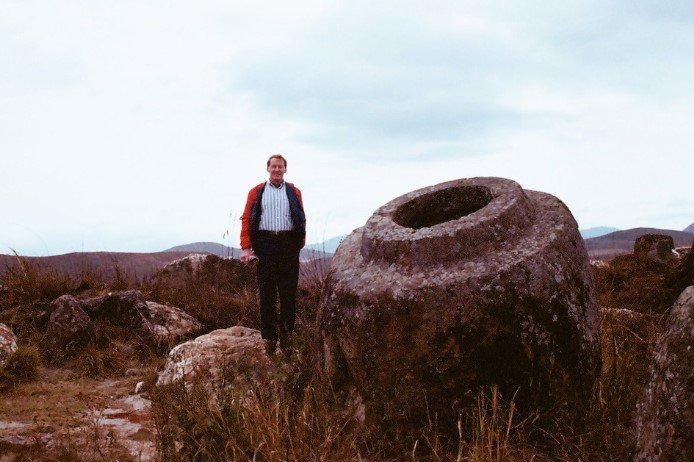 Using an artifact that she found, she theorized that the cavern had once served as a crematorium. The fact that its ceiling has two man-made apertures that resembled chimneys seems to confirm the cave’s presumed purpose. These findings led Colani to investigate the origins and purpose of the surrounding jars as well.

What the archaeologist later found gave credence to her theory. Several stone discs were discovered lying near the jars to serve as grave markers.

She also found some beads, teeth, and fragments of human bone inside the jars, all of which showed signs of being burnt. As for the burial pits that surround most of the stone urns, Colani presumed that they were used to bury the bodies that were not burned.

Long before the archaeological excavations took place, legends pertaining to the jars’ origin had already been circulating in the region. One famous story is that of the giant king Khun Cheung. According to the tale, he made these stone jars to brew barrelfuls of lau hai (rice wine) to celebrate his victories on the field of battle.

Another interesting theory regarding the purpose of the jars is that these were used to collect rainwater for the benefit of the travelers who needed to refresh themselves during the dry seasons. It is said that they had to boil the water in the jars to make it potable.

In the years following the initial excavations, the whole site had been subjected to massive carpet-bombing by American warplanes during the Laotian Civil War which lasted from 1964 to 1973.

Of the more than 300 million bombs that were dropped in Laos, there are around 80 million UXOs (unexploded ordnance) that are still scattered throughout the site.

This poses a threat to the safety of both locals and visitors. Prior to the recent clearing funded by the Government of New Zealand, several casualties reported in the area were due to the bombs which failed to detonate decades ago. Visitors are advised to stay within the white concrete markers and to avoid straying too far from the cleared grounds.