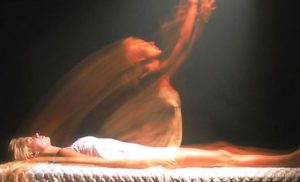 American and British scientists have studied human consciousness at a quantum level. Experiments have shown that the soul actually exists.

After the death of the physical body, consciousness continues to exist at the level of quantum reactions. Quite a lot of information stored in the microtubule protein, located in the neurons. These neurons can be compared to a quantum computer.

Scientists have proven that life after death does not end. So, if a person returns to life, his “soul” and some memories again passes into the body.

These words are confirmed in people who have experienced clinical death. They remember how they went through the tunnels and saw their body from the side. People heard doctors talking and were fully aware of the situation.

Thus, the soul definitely exists in some way. A person’s life does not end after death: everyone continues to live in quantum reality.