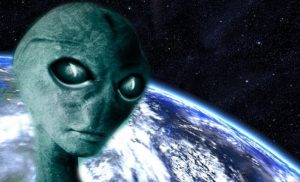 Physicist James Kune assures that in only one country there can be a society of aliens exceeding a million. Thus, the probability of marrying an alien is, according to his calculations, 50%, reports ufospain.es.

Earth is a vast world, full of life-friendly resources and an ideal climate. So why can’t other extraterrestrial races live with the rest of the species on the Blue Planet? Perhaps they have been doing this for a long time, but people, due to their ignorance, do not notice this.

A person has great abilities, but they are limited. The senses and hearing allow you to recreate only a part of the reality of the universe, when compared with alien species. Due to these limitations, it is not possible to evaluate the camouflage used by some animal species.

“If we can’t tell them apart… What’s stopping alien species with far more advanced camouflage from living on Earth?” – a natural question arises.

It is possible that various extraterrestrial races already inhabit the Blue Planet and walk alongside people on a daily basis.

It is believed that most of the “guests” inhabiting the Earth are associated with a people or maintain close contact with them.

In particular, physicist James Kune assures that in one country there can be an alien society exceeding a million inhabitants. The scientist claims to have identified over 1,000 different cases of alien presence during his career in the US government.

“In the United States, there are up to 5 million aliens who have taken on human form,” the expert said.

Perhaps the very purpose of these aliens living on Earth is simply to observe the people who live around them, and, by extension, the population in which they have settled.

Thus, the probability of marrying an alien is 50%. Many have been identified as attempting to impersonate humans, and their behavior has been deemed anomalous in relation to the human profile.

Why do they settle on Earth?

The reasons for the arrival of alien races to Earth are various, perhaps because they simply want to live on another planet and not where they were born, or because their planet is in decline, or the reason is that their goal is conquest.

“The longer these aliens stay on Earth, the more they seek our company,” the scientist adds.

After much research in the last century, the human ability to achieve awakening of consciousness has become undeniable. Be it emotions, meaning or freedom of expression, community and of course analysis.

Currently, the human population consists of 2 types of people. One is those who are being manipulated by the elite to create dissension and people who have learned not to blindly trust what the media says.

That is why the series of unthinkable events that led to the full recognition of the UFO phenomenon happened very quickly.

As a result, many experts see the existence of hybrid races as a fact born of the conviction of mankind. Perhaps this is how the human species has moved forward and continues to expand its consciousness. Thus, people can only accept that extraterrestrial races have existed on Earth for a long time.

Not all crop circles are made by people, says researcher