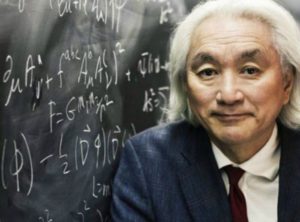 American theoretical physicist, futurist Michio Kaku spoke about the new opportunities that will open to humanity with the active development of AI and robotics. The 2020s should be the decade of artificial intelligence, he said.

Kaku told the popular science magazine “Schrödinger’s Cat” that in the foreseeable future, changes will affect various areas, including medicine, law, and the person himself will be able to become an expert in everything – AI will turn people into “wizards”, according to the physicist.

“We will become telepathic – we will learn to communicate with one power of thought. We will master telekinesis. Today we can connect the brain of a paralyzed person to a wheelchair, and he learns to control it by mentally sending messages,” Kaku explained.

The futurist is also confident that in the future, humanity should merge with robots, which by then will become smart enough.

According to Kaku, this will create “superhumans” – a symbiosis of organic and cybernetics. They will be able to live on Venus and Mars, soar in outer space, conquer the Universe.

The interlocutor explained that the very process of merging with machines is inevitable, since machines will sooner or later surpass humans in mental abilities. And he believes that we should not be afraid of this process, since people have been improving themselves technologically for thousands of years.

“I think that descendants themselves will choose this path of development – they will want to become supermen and explore the Universe,” the scientist added.