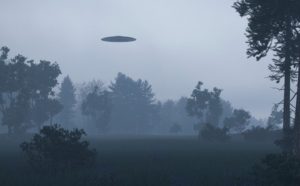 For decades photographs have been published of odd lights and shapes that have been labeled as UFOs. Photography hasn’t produced convincing visual evidence.

Photographs of UFOs have been around since the late 19th century. The very first photo was perhaps a long, dark object, lacking detail in the skies over Mt. Washington, New Hampshire, although there are other fuzzy candidates for first.

None, however, are impressive. Photography was still a developing practice in the 19th century. Cameras were primitive by today’s standards. There was no high-speed photography and color pictures were decades away. 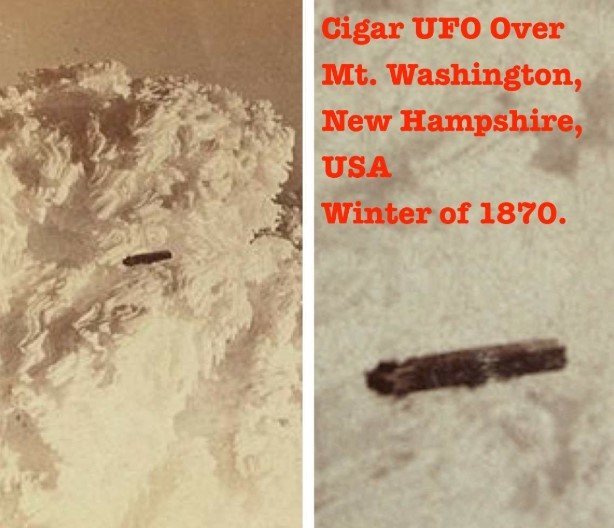 The are unidentified objects in the sky now and then, and perhaps some are flying, but “unidentified” doesn’t mean “from another planet.”

UFO Interest was Sparked by the Roswell Incident

There are dozens of UFO photographs from around the world claiming to represent flying objects from unknown origins. Their shapes are typically round or oval, although some are amorphous blobs, and some appear to be poor attempts at deception.

By either coincident or design the predominant shape seen in photographs after the famous 1947 sighting over the mountains of Washington State became round or “saucer-shaped.” This was the Kenneth Arnold incident that popularized the use of the term “flying saucer.” No picture of that object exists.

Only two weeks after the Washington sighting, the famous “Roswell Incident” occurred in New Mexico. Parts of a crashed UFO were allegedly recovered. Some accounts claim that bodies of aliens were seen. The number of sightings of UFOs increased suddenly and dramatically. But photographs of sightings continued to be clearly faked or lacking in detail.

Tales of flying saucers and UFOs became popular topics for science fiction books and movies in the 1950s and 1960s. In 1952 the Air Force initiated Project Blue Book to investigate reports and sightings of UFOs.

After almost 20 years of investigating over 12,000 incidents, the project was shut down after concluding that very few sightings were truly unexplainable — most were attributed to misinterpreted natural phenomena, weather balloons, or other human activity.

Photographs of UFOs continued to be published, but were almost always fuzzy, phony, or far away from the camera. Pictures, which would seem to offer valuable evidence of the authenticity of alien spacecraft, failed to present images of quality.

Today cameras are everywhere. The typical citizen is photographed dozens of times moving through the tasks of the day. Cell phones have cameras, web cams dot the world, and the plummeting prices of digital cameras have produced pictures of some of the most unlikely objects and events imaginable.

Tornados were once photographed only rarely, now an Internet search will produce thousands of high-quality pictures of tornados and other once-rare natural phenomena. The ubiquitous nature of cameras has produced photos of plane crashes, robberies in progress, lightening strikes, and much more.

Television almost daily offers movies and still photographs of events that are truly unique. But UFO photographs continue to be much like they were 60 years ago. The ability to alter photographs digitally is so easy now that UFO photos often fall under suspicion.

The government can photograph small objects from orbiting satellites, but no UFOs are reported. Google has photographed much of the world from ground level, but no flying saucers.

UFO Photographs are No Longer Evidence of Alien Visitation

Once upon a time the pictures of lights or discs in the sky created interest, but now people are more sophisticated. They have become more “sky conscious” and most know that just because a strange light cannot be identified it isn’t automatically evidence for alien life.